Two small birds – one common but perplexing, the other uncommon and possibly declining locally.

The Southern Whiteface Aphelocephala leucopsis is a true woodland species around Newstead. Once relatively abundant, it now appears to be quite localised and hard to find. One spot I can find it reliably is on private land along Cemetery Road, where it occupies an area on the edge of some veteran Grey Box/Yellow Box woodland. A copse of introduced shrubs – Quince, Blackberry and Pomegranate surrounded by grassland provides ideal habitat for a species that prefers to feed in the open. 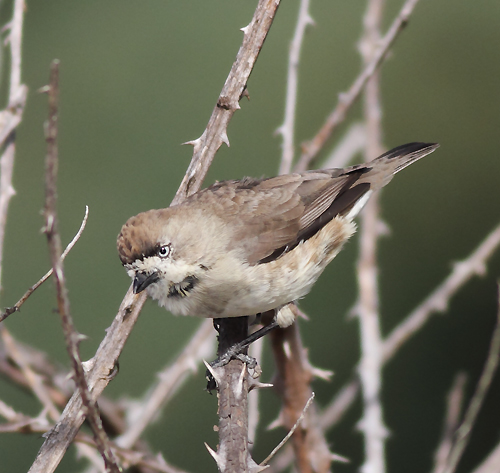 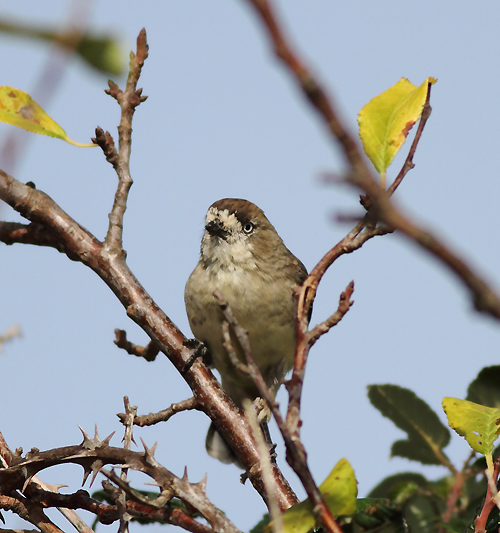 One of the pair using the shrubs for cover.

The second species is the Silvereye Zosterops lateralis. Silvereyes can be found locally throughout the year, but are confounding, as birds from Tasmania arrive on migration in the autumn. Tasmanian birds are distinguished by rich chestnut flanks [see Feasting on figs], compared with those of mainland races. The birds below have quite pale flanks – I suspect these are locals of the race Z. lateralis. westernensis. 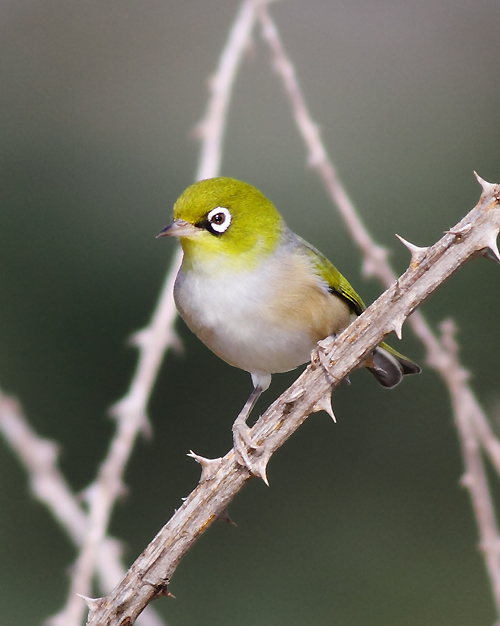 Note the pale buff flanks on these Silvereyes.

For a nice explanation of geographic variation and migratory behaviour of silvereyes see this post at the Avithera blog.

This entry was posted in Bird observations, Migrants. Bookmark the permalink.

4 responses to “Whitefaces and silvereyes”