* Meadow Argus Junonia villida calybe are in good numbers at the moment. 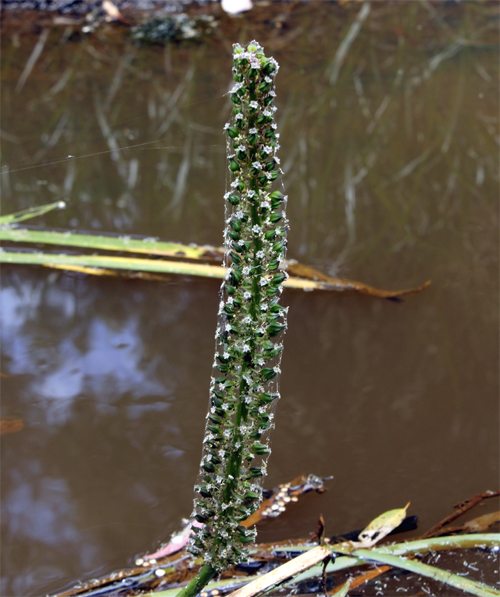 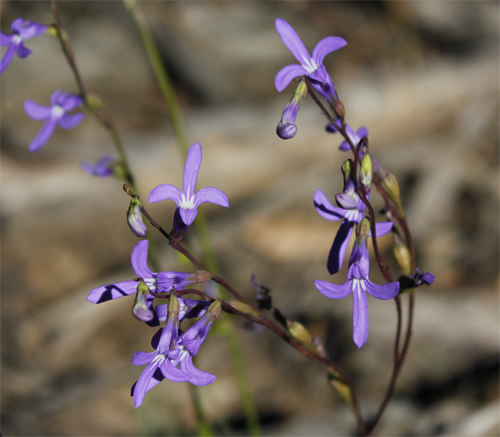 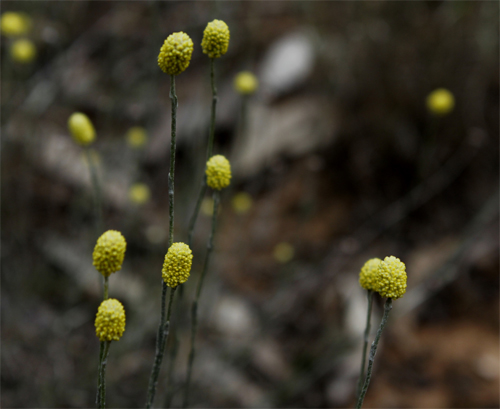 * Magenta Stork’s-bill Pelargonium rodneyanum now flowering (and has been for sometime).

Tiger Orchids Diuris sulphurea flowering throughout the local bushland at the moment.

* Crane Flies mating and Dragonflies out in numbers along Demo Track. 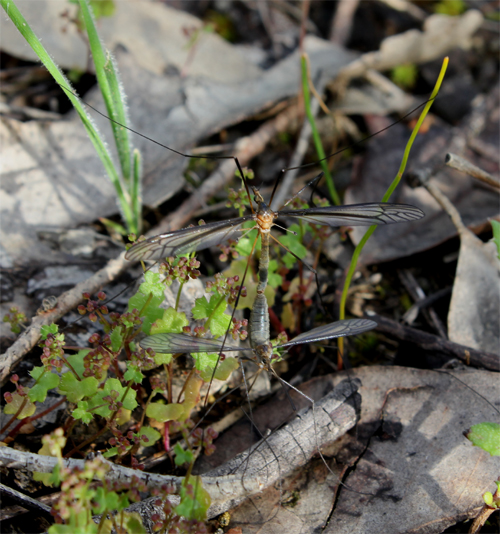 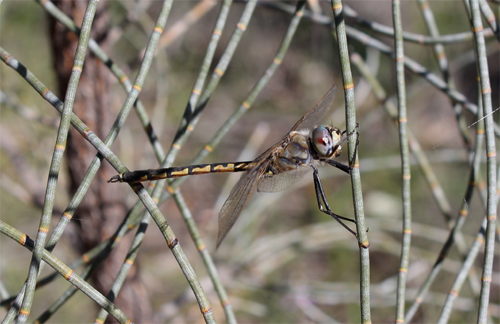 Rainbow Bee-eaters have arrived to nest again near the Newstead Cemetery. 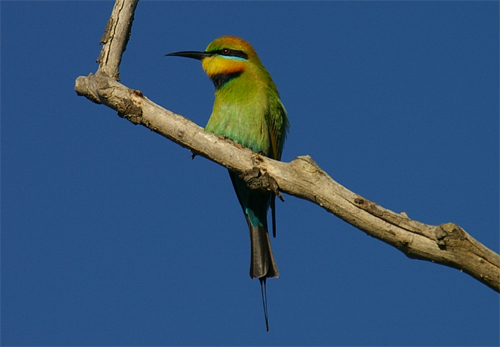 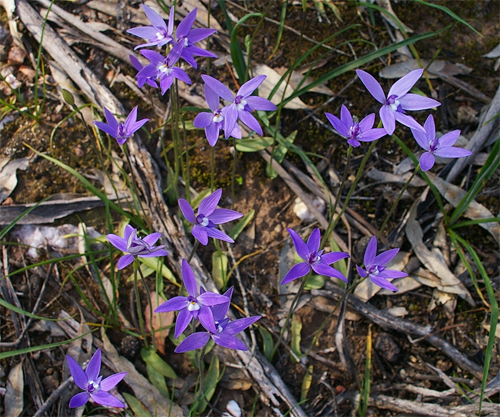 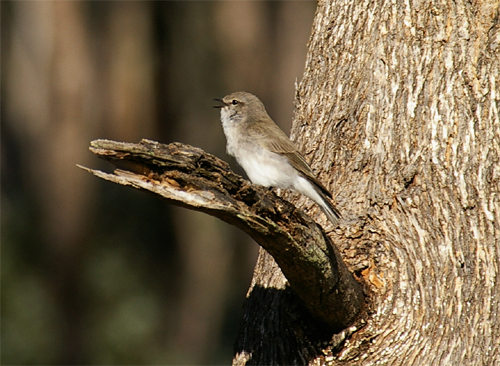 Yam Daisies Microseris scapigera flowering in the Rise and Shine. 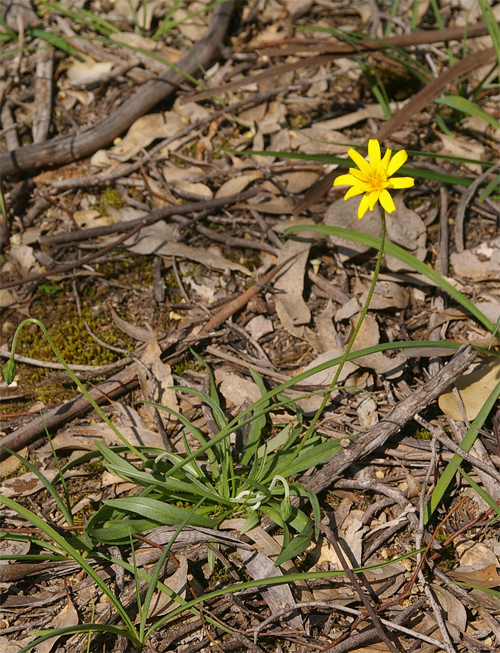 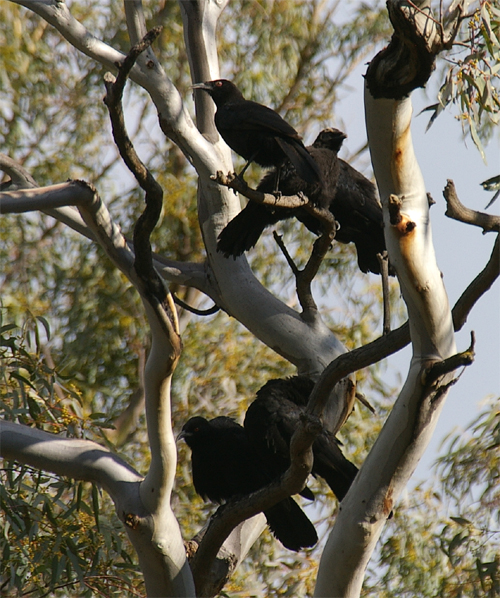 Our local wildflowers are starting to flower in profusion – it promises to be a fantastic spring! The following species were spotted yesterday along Blow Mine Track: Common Hovea Hovea heterophylla, Golden Cowslips Diuris behrii and Cat’s Claw Grevillea Grevillea alpina. 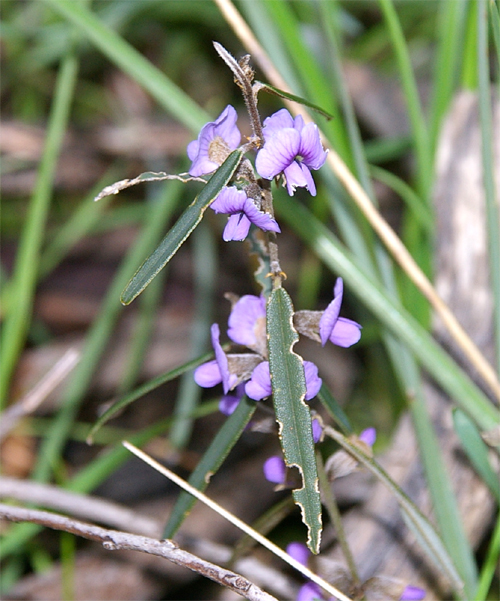 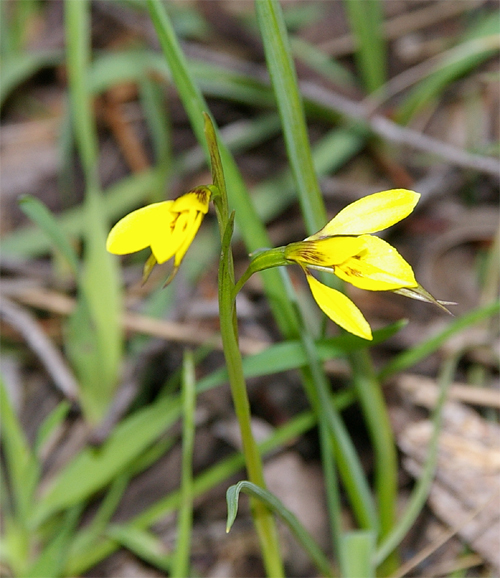 Steady rainfall over the past ten days has meant continued high flows in the Loddon – todays inflows to Cairn Curran Reservoir are running at more than 5000 ML/day. 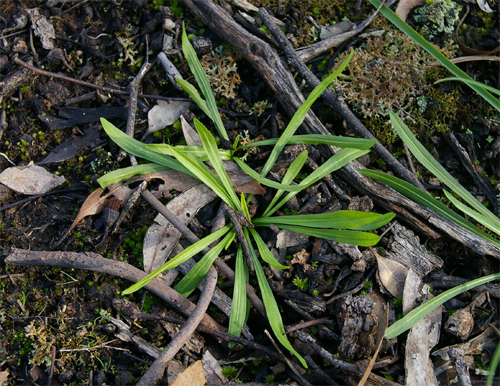 Early this morning heard my first Fan-tailed Cuckoo of the season calling from the garden in Wyndham St.

Ploughshare Wattle Acacia gunnii flowering in the Rise and Shine. 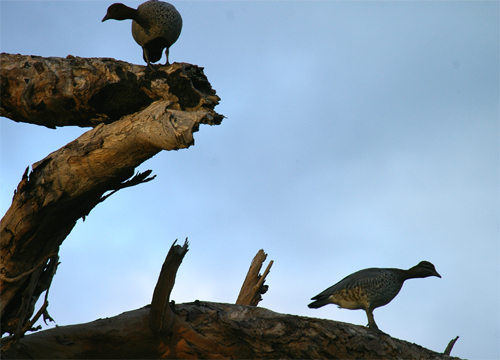 Wirilda Wattle Acacia provincialis flowering in the Muckleford Gorge. Also Yellow Box still flowering at the top of the gorge.

First sighting of a Pied Currawong for the season – Wyndham St, Newstead

Ramaria sp – one of the coral fungi fruiting in the local bush.

First observations of Eastern Spinebills for the year – good numbers in our front yard.

Eastern Silvereyes Zosterops lateralis have returned from the south – some from all the way across Bass Strait!

Swift Parrots Lathamus discolor return to the Box-ironbark after their Tasmanian sojourn. 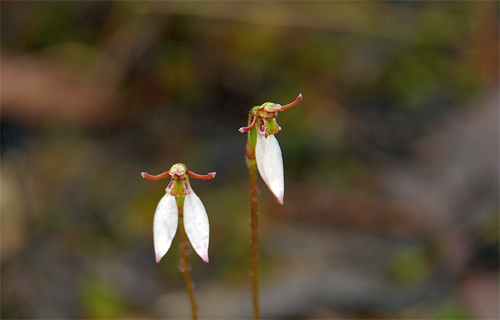 A steady downpour of rain this evening and the Goat Moths have emerged. In 2009 they appeared on the 26th April after ~ 20mm over 3 days – see post

Yellow-faced Honeyeaters Lichenostomus chrysops have arrived back in the Box-Ironbark country after breeding in moister habitats. Good numbers seen in the Rise and Shine today. 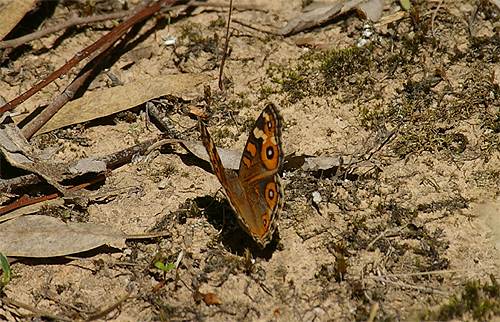 A severe storm passed through Newstead from the west dumping 34 mm of rain in about 30 minutes. A total of 48 mm was recorded in our gauge over the 24 hours. Chris Simmins of Green Gully took this photograph of Green Gully Creek where it crosses Cemetery Road after the storm had passed. This event caused a small flow down the Loddon overnight with the river flowing at the ford this morning. This was followed up with another 32 mm on the 7th March – a total of 84.5 mm now over three days! 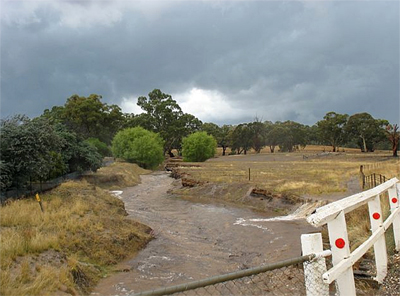 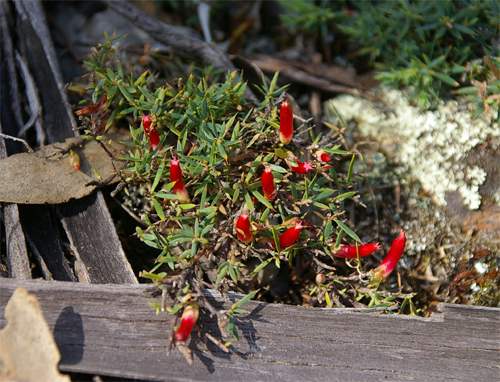 First flowering of Grey Box Eucalyptus microcarpa. Watch out for mass flowering over the next few weeks as mature trees have huge numbers of buds ready to burst. 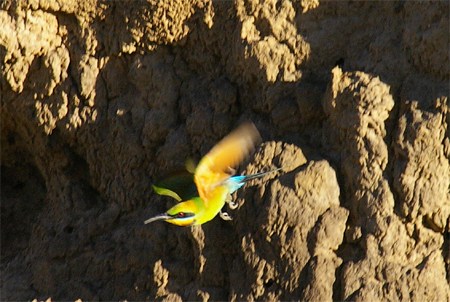