* Boobook Owl calling not far from our back door this evening at ~ 9.30pm.

* Similar story to yesterday but with fewer Black-shouldered Kites ~ 15 today. Am fairly confident that there may be four Black Falcons present at the moment!

* Large numbers of raptors on the Moolort Plains with 25-30 Black-shouldered Kites along Rodborough Rd, many Australian Kestrels and Brown Falcons. Pair of Black Falcons with possibly a third bird in the same area. Swamp Harrier further west past Locks Lane. Also saw a Whistling Kite and Wedge-tailed Eagle.

* Small party of Black-winged Stilts on Lignum Swamp at Cotswold [location]. No sign of the Brolgas.

* Swift Parrots ~ 10 near junction of Sullivans Track and Spring Hill Track [location] – feeding on lerps including some low down in small Yellow Gums.

* Flock of ~ 8 Yellow-tailed Black Cockatoos near intersection of Rodborough Rd and Clunes Rd [location] this morning at 8.30am.

* Brolga pair still in same lignum swamp at Cotswold – now filling nicely with water so suspect will attempt to breed.

* Wedge-tailed Eagle cruising over the centre of Newstead at about 1pm today.

* Many raptors across the Moolort Plains including two Black Falcons (one with Whistling Kite and Black Kite on Rodborough Rd, the other along Clarks Lane). Also seen: Wedge-tailed Eagle (near Walkers Swamp), many Australian Kestrels, Brown Falcons and Black-shouldered Kites. 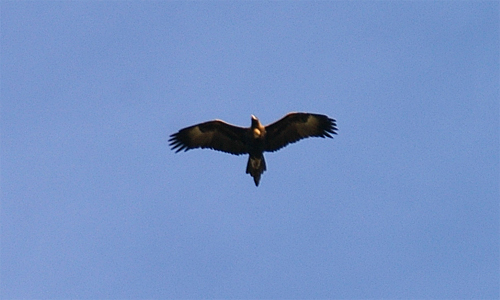 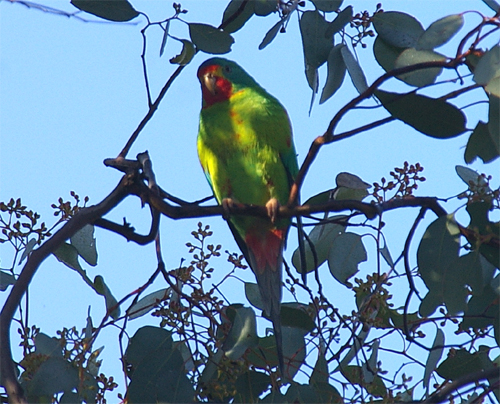 * Brolgas again in same location at Cotswold feeding in lignum swamp at north end of paddock. 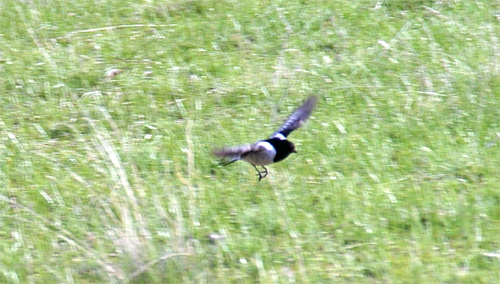 * Pair of Brolgas at Cotswold in same location as sighted on 15th and 21st June .

* Pair of Brolgas at Cotswold in same location as reported on 15th June. 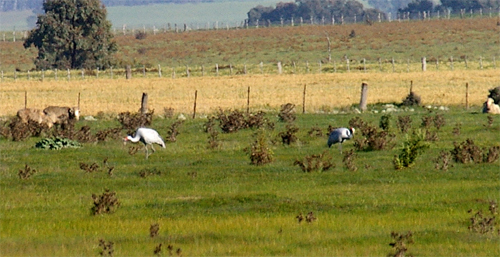 * Flock of between 20 and 30 Blue-winged Parrots south west of Glengower [location] along with a number of Singing Bushlarks along fencelines and roadside.

* Flock of ~ 10 Yellow-tailed Black Cockatoos sighted just north-west of Mt Franklin flying towards a pine plantation on the flanks.

* Pair of  Brown Falcons on south side of Newstead Racecourse Reserve and a single Nankeen Kestrel just west of the Loddon River bridge at Newstead.

* Single Black Falcon cruising low and fast in pursuit of birds at Walkers Swamp [location] on the Moolort Plains.

* Party of White-browed Babblers and flock of Black-chinned Honeyeaters at Pound Lane, Newstead. 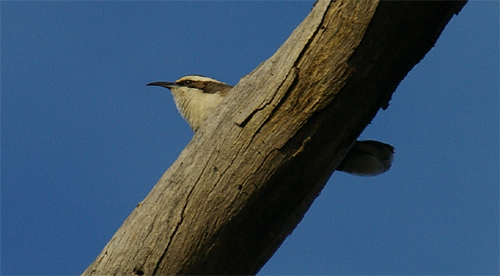 * Yellow-tailed Black Cockatoos – flock of ~ 30 over Newstead Primary School at 3pm today. Note that this same flock was reported at Strangways by the Prest family at 8.30am on the 19th June.

* Single Black Falcon overhead just west of Plaistow homestead at Strathlea [location] – see post for this and details of other raptors sighted across the Moolort Plains.

* Whistling Kite circling over the highway bridge on the Loddon River @ Newstead.

* Rise and Shine Bushland Reserve – a number of small flocks of Swift Parrots ~ 25 – 30 in total. One bird (pictured) feeding on Yellow Box fruits. Also a flock of Black-chinned Honeyeaters.

* Pair of Brolgas at the southern edge of the Moolort Plains at Cotswold [location] feeding in grazing paddock – see post. Also a small flock of Zebra Finches in roadside vegetation.

* Female Hooded Robin on Cemetery Rd [location] along with a number of Jacky Winters providing a nice contrast. Pretty unusual to see a Hooded Robin in such open country.

This believe it or not is a female Hooded Robin, Cemetery Rd Newstead, 14th June 2010

* Mia Mia Track – on a brief visit today had good views of a flock of 4 Swift Parrots in the firewood harvesting area [location].

* Loddon River at Newstead – a few Swift Parrots heard and seen in the area around “The Island”. Family of Whistling Kites with nest – see post.