* Wyndham Street Newstead – Blue-faced Honeyeater high up in the Yellow Gums behind the house. Eastern Spinebills have also arrived in the garden. 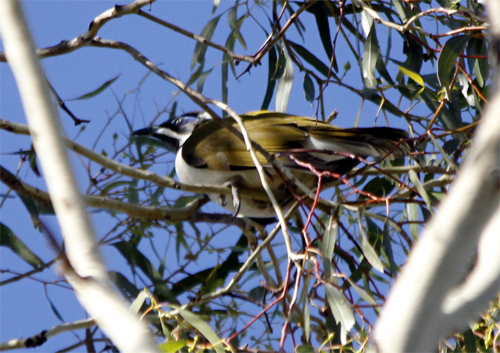 * Moolort – Flame Robin (single male) amongst a flock of Yellow-rumped Thornbills – first record for the season.

* Barking Owl heard calling from along the Loddon River in the general vicinity of the crossing.