… how often, if ever, a Peaceful Dove falls victim to a Yellow-footed Antechinus?

Last week in the Rise and Shine I was intrigued to see a flock of six foraging doves within a few metres of an actively hunting antechinus. 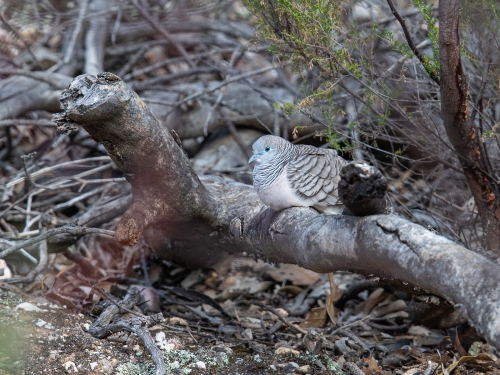 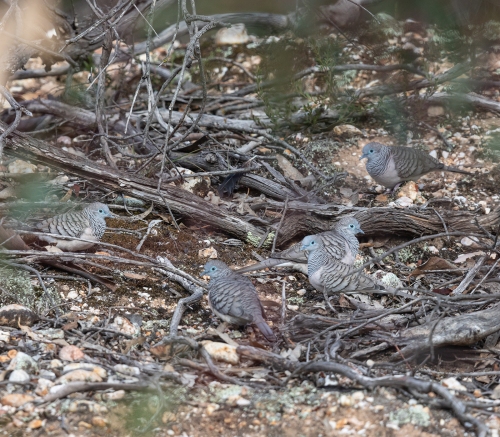 We live in interesting times

In recent days I’ve started hearing the distinctive calls of Eastern Spinebills in the home garden. The onset of ‘wintry’ conditions in late April/May is the stimulus for this wonderful migratory honeyeater to depart from the ranges to pay us a visit in the foothills.

The bird pictured below was visiting the birdbath and managed to stay still momentarily before descending to drink.

Later in the day I came across more spinebills, this time amongst the River Red Gums and Blackberry at the Loddon River Reserve. Eastern Yellow Robins arrived to compete in the ‘fashion stakes’ while in the canopy overhead Olive-backed Orioles were feeding and calling. … might they remain over winter I wonder?

The calls of a Noisy Friarbird on the other side of the river were a nice conclusion to my visit – this species visits in small numbers at different times of year, presumably on passage to more favoured locations. 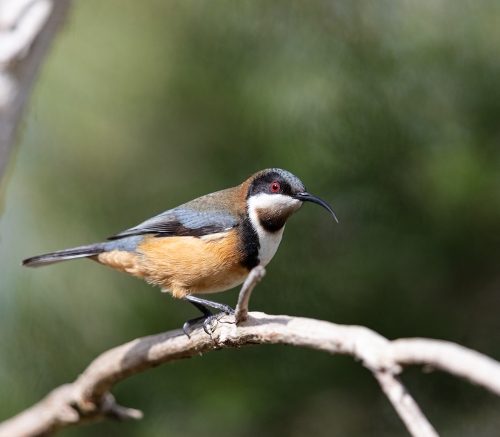 Eastern Spinebill in the home garden, 9th May 2021 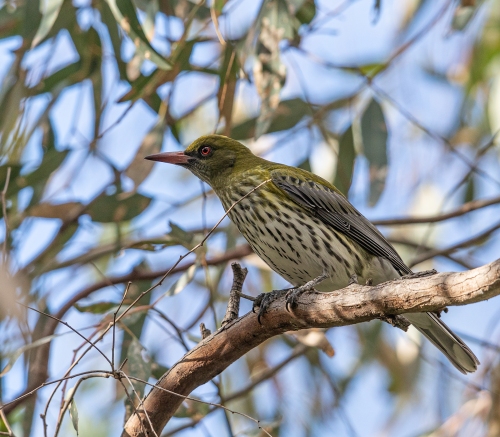 The exception always proves the rule.

It’s notable to see a Golden Wattle flowering in early May … they typically start in the second week of July around Newstead.

Spreading Wattle has been flowering since February but is at its best over autumn.

The yellow hues of our honeyeaters are a nice complement to the golden spray of the wattles. 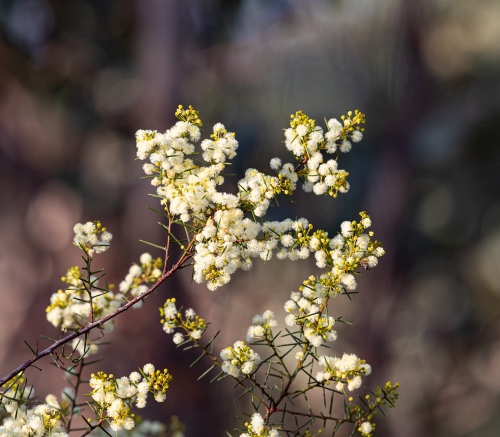 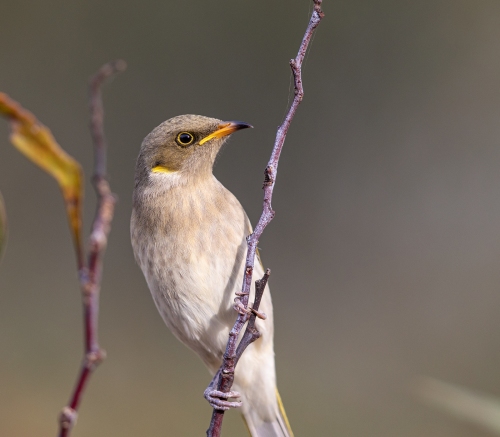 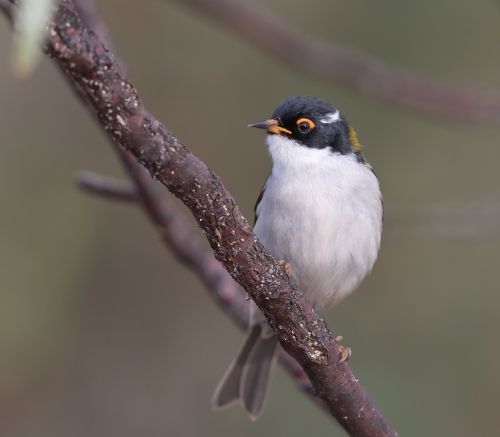 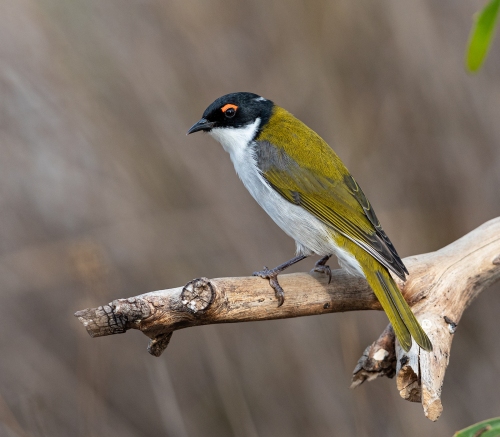 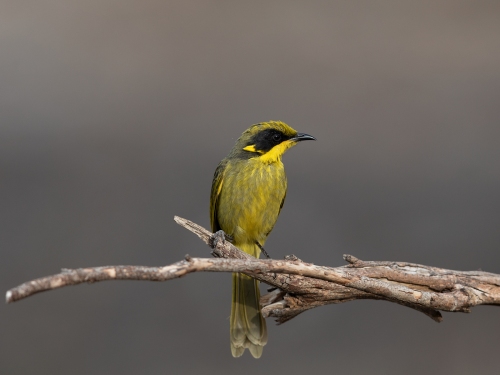 Kites at the swamp

I was fortunate last Friday to spend the day at Long Swamp on the Moolort Plains with folks from the Dja Dja Wurrung Aboriginal Clans Corporation. I was one of a number of observers invited to join an Aboriginal Waterways Assessment for the Tullaroop catchment. One of many highlights was a pair of Black-shouldered Kites ‘greeting’ us when we arrived at the swamp under blue skies and warm late autumn sunshine.

The presence of this species, absent from large areas of the plains over the past year or two, is a sign of high quality raptor habitat. Long Swamp is a special place, now in the safe hands of Trust for Nature, and where it is possible to reimagine this country. 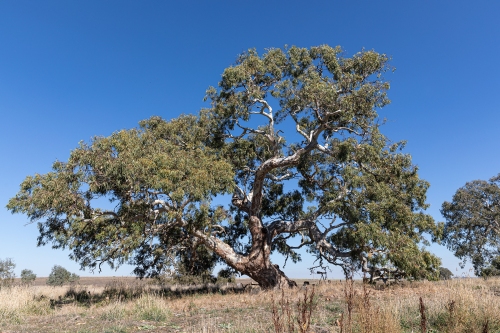 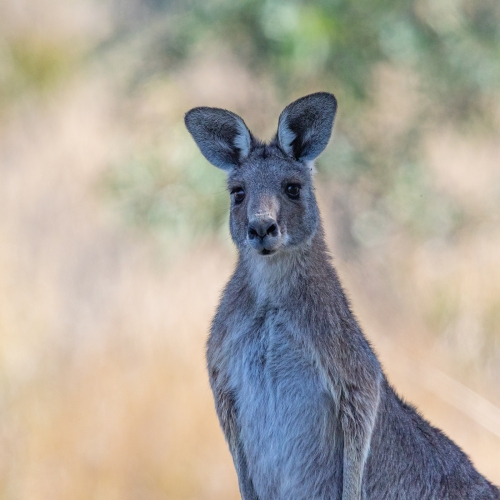 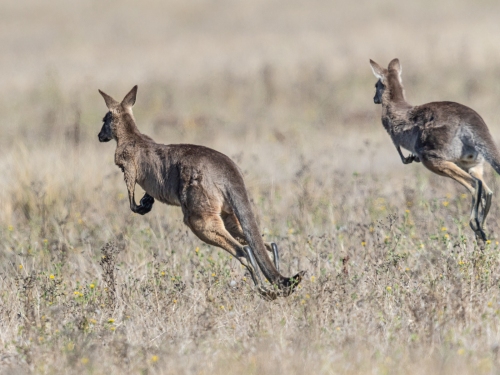 Wisdom of the ancients

The Southern Whiteface is a species that has featured occasionally on the blog over the years.

While it’s a distinctive bird, it can be easily overlooked, as I experienced again yesterday afternoon.

A few weeks ago one ventured into our garden but I was too slow with the camera to document the sighting. It’s the first time I can recall seeing one in ‘Newstead Central’, although it can be found reliably at the Newstead Cemetery and a few other locals spots. I’ve oft thought that it is one species that may be suffering a local decline.

Yesterday, an hour before dusk, I was strolling on the block below the house, watching a small flock of Yellow-rumped Thornbills, living up to their colloquial moniker of ‘butter-bums’. A number of other birds of similar size and hue were feeding with them and it took a moment to register the fact that they were lacking in the yellow rump ‘department’.

What a delight to to see a small flock of Southern Whiteface in the centre of town. 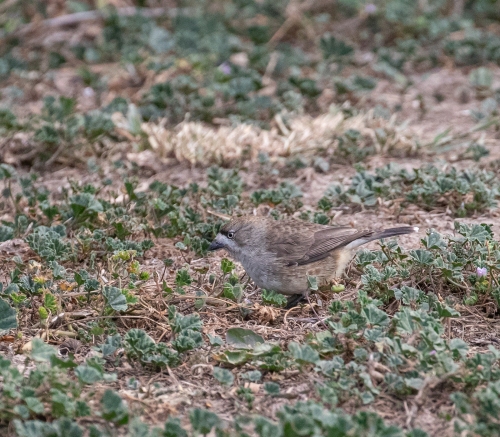 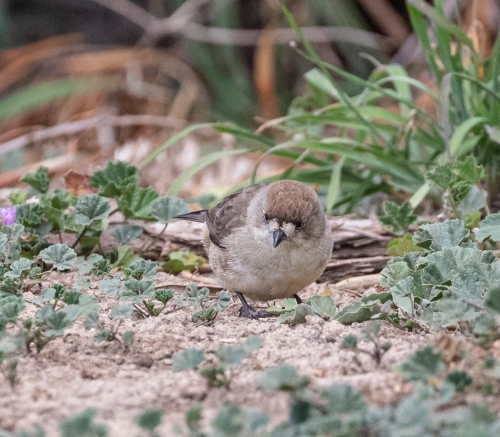 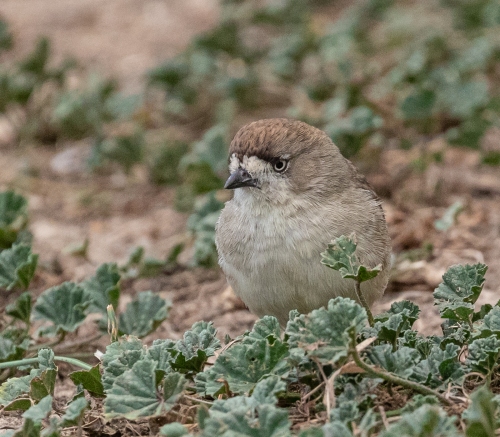 Sighting a Peregrine Falcon always stops me in my tracks.

This bird was observed yesterday in the Muckleford bush, just south of Bell’s Lane Track, surveying its surroundings from a high perch in a dead eucalypt.

This individual, however, looked a little different … the usual full black helmet was lacking and instead this bird was slaty-grey on top with a distinct pale cheek patch.

There are many different subspecies of Peregrine Falcon world-wide and two of these, ssp. calidus and ssp. japonensis are occasionally seen in Australia, more so in the north. Both have pale cheek patches with this bird looking more like calidus … but I’m hardly certain of my identification!

The falcon watched me intently from about 80 metres, buzzed a few times by honeyeaters and defecating in style before taking off to the north. 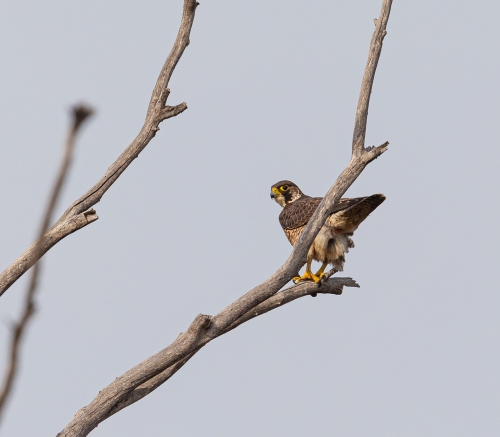 With the cooler weather, it’s a little easier to find a cooperative invertebrate sitter for close up portraits. A colony of Black-headed Bull Ants (Myrmecia nigriceps) that live under a Red Box tree in our yard have been out on their night patrols and slow enough to get close to safely. This lady happily sat still for a close up of her impressive mandibles.

A Wolf Spider (Lycosidae) also proved a cooperative sitter. I think the technical name for the impressive jaws is chelicera

And on some grass stems, a small Huntsman spider.

Spiders aren’t the only effective hunters around at the moment. I was delighted to get some good views of a Yellow-footed Antechinus (Antechinus flavipes) hunting at our place this afternoon. This curious little cutie was very keen to check me out, but wasn’t going to show the magnificent teeth that make this species so potent.

Apologies in advance for more images of honeyeaters.

This blog is, in part, a daily (almost) diary of happenings in the natural world around Newstead. White-naped Honeyeaters have appeared in large numbers in recent weeks to join the usual throng of Yellow-tufted and Fuscous Honeyeaters, while a few Yellow-faced Honeyeaters are about as well. Dusky Woodswallows remain for now, before departing north in May, while the first flurry of Flame Robins witnessed recently was a taste of things to come. Olive-backed Orioles are still raiding the fig tree at the river reserve, from where I heard the calls of a Powerful Owl just before dusk earlier in the week. 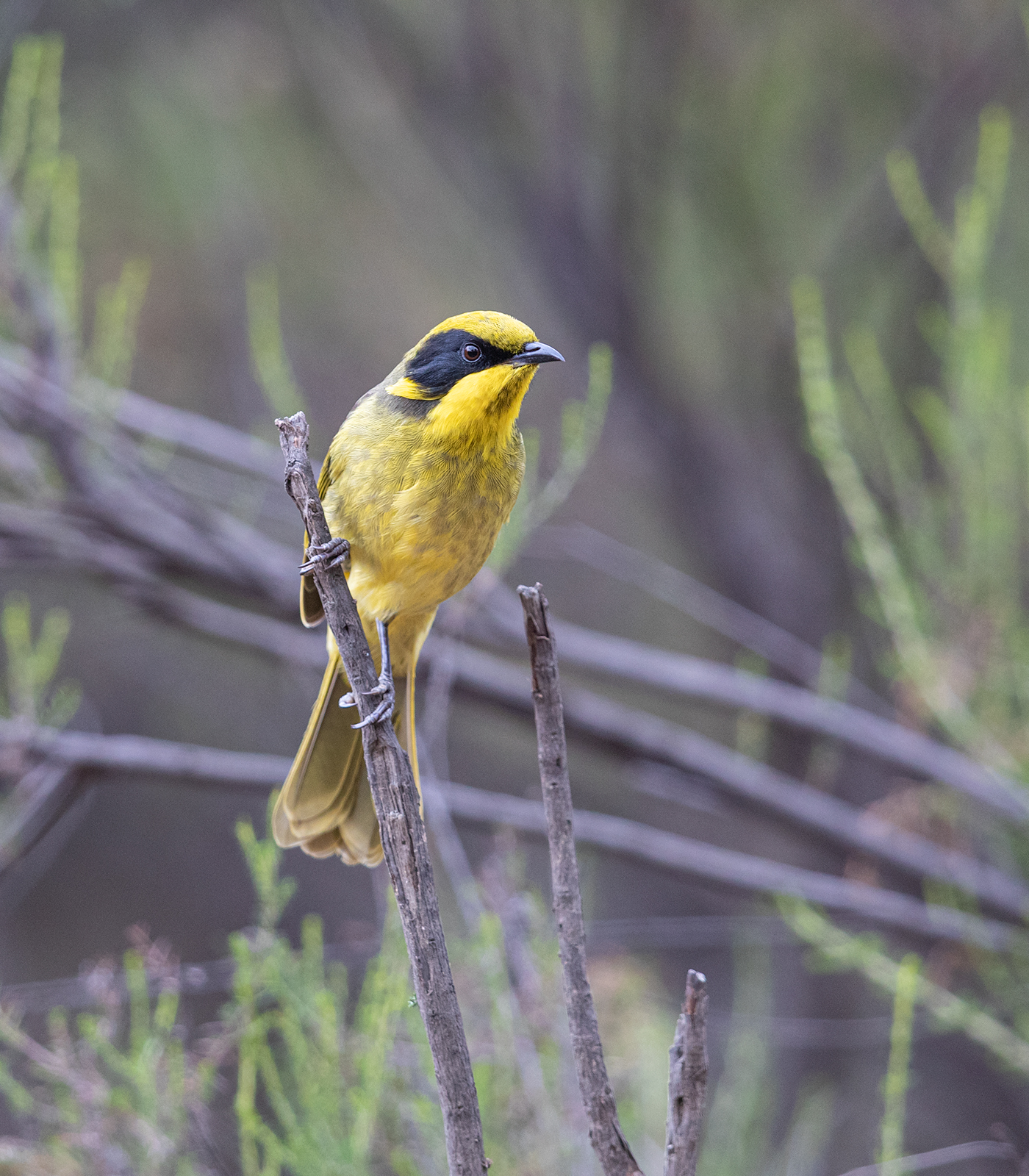 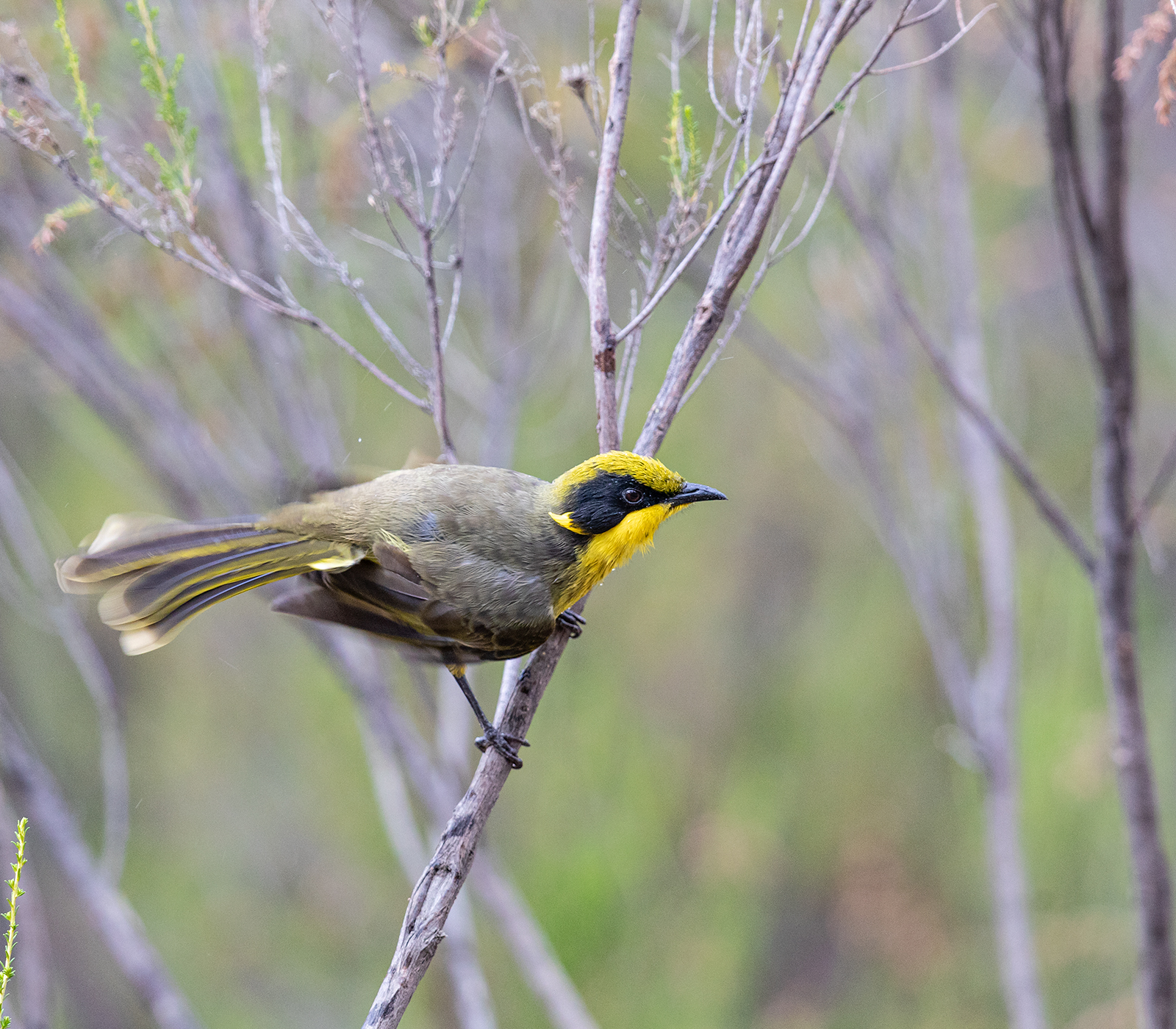 White-naped Honeyeaters – male below and immature above

The sight of flocks of birds winging their way across a volcanic landscape evokes ‘images’ of times long past. These Black Swans would have been in their hundreds, accompanied by Brolgas, ibises and a myriad of ducks. 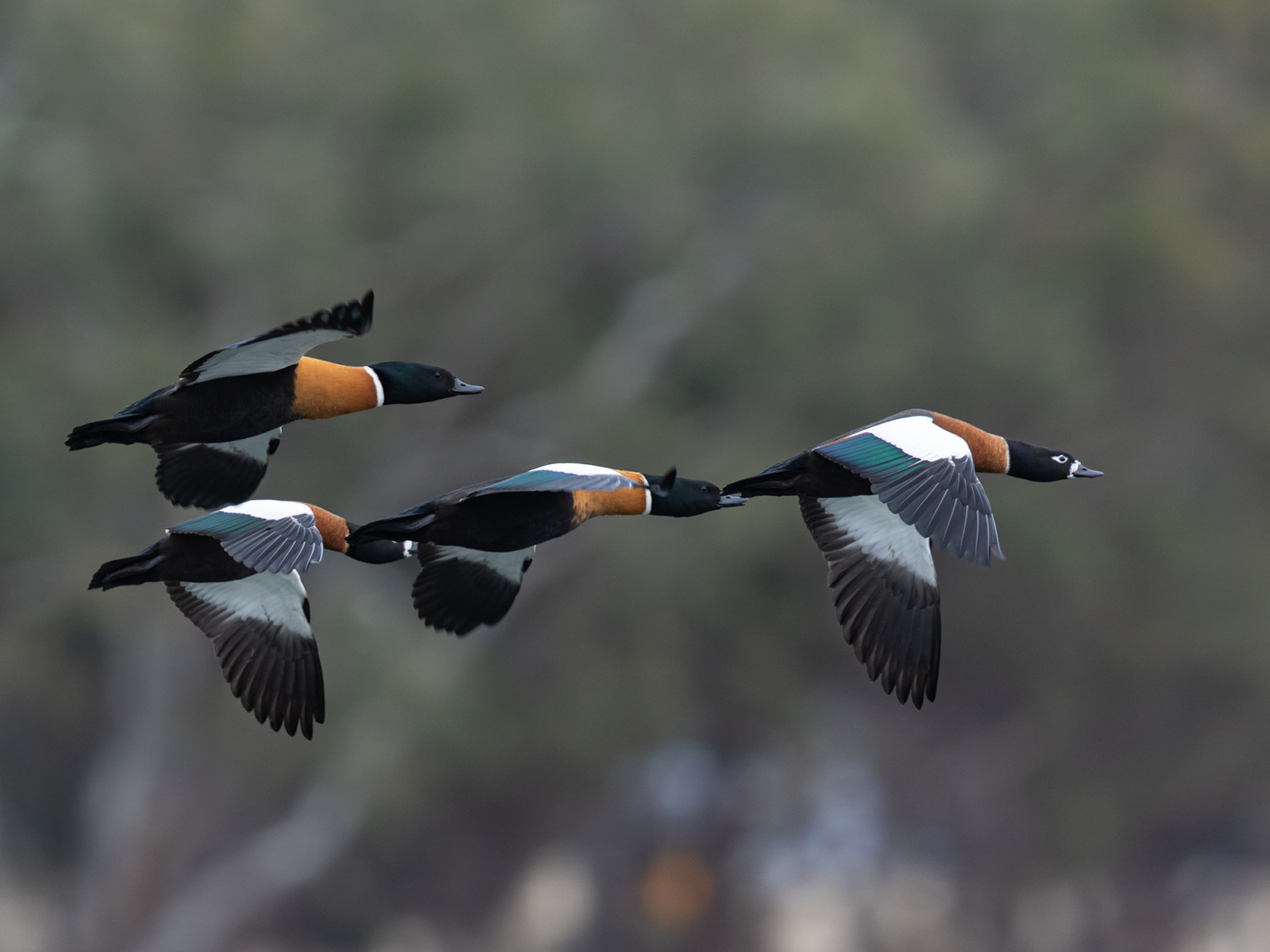 A covey of quail

In recent years I’ve observed Brown Quail many times along the roadsides of the Moolort Plains.

Most observations are fleeting and while this species will feed in the open the slightest sign of danger will send them scurrying for cover. You have to be patient and fortunate to get a decent look. This covey of 6-7 birds were spotted last weekend, feeding amongst the seeding grasses just north of Joyce’s Creek. The male Brown Quail is slightly richer coloured than the female, both sexes are beautifully marked. The adults are alert at all times and will stand to attention as lookouts while the young birds forage around them.

Adult female (left) and juvenile amongst the windmill grass 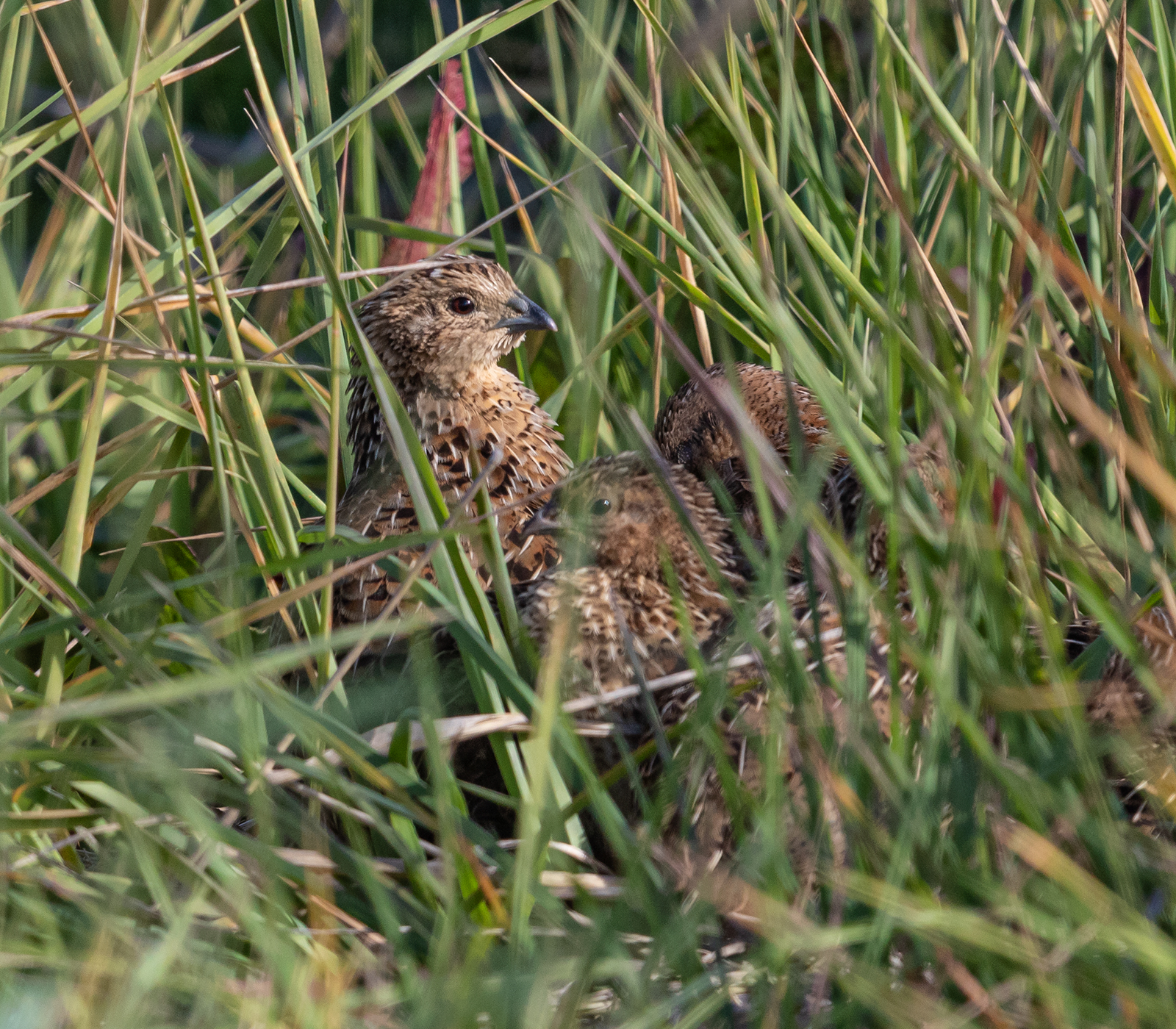