… for a myriad of native wildlife.

A pair of Sacred Kingfishers is currently occupying this fine hollow in a veteran River Red-gum. The lack of ‘whitewash’ around the entrance indicates that the eggs are yet to hatch, or at least they may have just done so. As the nestlings grow the adults perch at the entrance to deliver food and leave a tell-tale trail of excreta below the opening.

As I sat, entranced by the kingfishers, a small bird caught my eye as it fluttered, like a large moth, to perch beside another hollow above me. It was an Australian Owlet-nightjar (often confusingly referred to as the moth-owl … it is neither a moth or an owl!). It must have been sitting quietly nearby observing me before deciding to decamp to its roosting hollow for the day.

I was intrigued to notice the projections at the end of the rictal bristles around the face of of the owlet. I’ve never noticed these before but suspect they are a type of filoplume. The bristles are thought to aid the nocturnal navigation of the owlet as it hunts for insects in its favoured habitats – woodlands and forest. The plume-like projections looked very delicate and perhaps they only persist for a short time on the newly replaced bristles?

For some weeks now, along with other Newstead residents, I have been watching a pair of Tawny Frogmouths carefully tending a nest in a River Red-gum that overhangs Panmure Street.

A fluffy youngster has just started to show itself in recent days.

I was interested to observe the development of the epicormic shoots beside the nest … they have grown in unison with the frogmouth family. Back on September 8th when I first posted about this pair the first shoots were barely visible – they now provide a lovely counterpoint to the frogmouth family.

There are a number of ancient River Red-gums on the floodplain at Newstead.

This one is known well by the locals – people and birds alike. Back in 2013 I wrote a short post about Laughing Kookaburras using a perfect hollow in this gnarly veteran to raise their brood. At that time (30/11/2013), on the other side of tree a pair of Sacred Kingfishers were feeding young.

Here we are, just short of seven years later, and the hollow is occupied again. My memory is hazy on the details, but most years it provides a nest site for kookaburras and homes for myriad other fauna.

Laughing Kookaburra about to launch towards the nest hollow

An immobility of frogmouths

If we were to take a popular vote on a bird emblem for Newstead I suspect the Tawny Frogmouth might be at the top of the list.

Thanks to Newstead locals, Rose and Steve Walter, I was introduced to a new pair at the weekend … here is an ‘action-packed’ pose of them sitting in a River Red Gum on Panmure Street.

After leaving this pair in peace I ventured on to visit a famous local pair that have made Newstead Natives their home for the past decade or so. Sure enough, they were in residence too.

This is the female …

Note: See here for some creative and wonderful suggestions for collective nouns for Australian birds.

The ground carpeted with Yellow Gum flowers – a sure sign that nectar-loving parrots are about.

This time it was Little Lorikeets, feasting on the eucalyptus blossoms at the Rise and Shine. The smallest and perhaps the scarcest of our local lorikeets (Purple-crowned Lorikeets would rival them) are delightful birds.

Spreading Wattle Acacia genistifolia is a wonderful autumn flowering species – it’s peaking at present throughout the Muckleford bush. Most specimens are sparse, with few flowers – not this one.

This Yellow-footed Antechinus emerged from a crack in the trunk of a Grey Box. It paused for a moment in the sunshine, revealing a nasty ‘growth’ on its side. It looks to me like a blood-engorged tick, or perhaps a skin tumour. It’s a bit early for this species to be in physiological die-off after its winter mating frenzy.

This White-browed Babbler was one of a party feeding in a clump of Box Mistletoe. The mistletoe was also of interest to an aggressive flock of Yellow-tufted Honeyeaters, the blossom is a key source of nectar at this time of year. The babblers were quickly ejected as the honeyeaters reclaimed the bounty.

I hear on the ‘grapevine’ that there are areas of the box-ironbark experiencing some of the best flowering in the past decade.

Not so around Newstead. At this time of year Grey Box Eucalyptus microcarpa is usually at its peak, with Yellow Gum E. leucoxylon just starting to flower. This year has been a light season for Grey Box and it’s too early to say what will happen with Yellow Gum … hopefully it will spring into life and attract hordes of Swift Parrots!

In the meantime we’ll need to be satisfied with the colour and playful antics of Galahs.

Ecologicaly speaking, it’s known as Floodplain Riparian Woodland, that narrow remnant that hugs the banks of the Muckleford Creek and Loddon River in this part of the world. Further downstream where the topography is more subdued this vegetation community may extend for hundreds of metres either side of the stream, marking the extent of inundation that occurs during a major flood.

Dominated by River Red-gum with the occasional Yellow Box, the best remaining examples are an open park-like woodland with majestic trees sheltering a grassy understory and scattered shrubs such as Tree Violet and Silver Wattle. It is a haven for birds, especially in times of drought. Yesterday I visited a notable local site, near the confluence of the Muckleford Creek and the Loddon River. I enjoyed the company of no less than six Eastern Yellow Robins, and of course, Sacred Kingfishers – visiting a nest site in a large river gum. This summer there is a mass flowering of River Red-gum in the district – the most significant I can recall in the past decade.

Not just a mudlark …

The Australian Magpie-lark Grallina cyanoleuca is something of a bogey bird for me – I’ve struggled to get good local images of what is a relatively common bird.

Neither a magpie or a lark, the bird affectionally known as the Mudlark (it builds a nest from mud) or Peewee (for obvious onomatopoetic reasons) is actually a large, aberrant flycatcher, more closely related to the monarch flycatchers than its namesakes.

Australian Magpie-larks typically nest close to water where a ready supply of soft-mud is shaped into a deep feather-lined bowl, usually placed in a shady spot on a horizontal branch. This nest is overhanging the Loddon River, in a River Red-gum of course, with the female in attendance when I found it yesterday evening.

Then female arriving at the nest

Male Magpie-larks have a black throat and white eyebrow 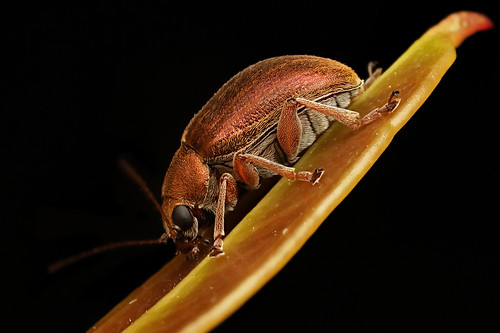 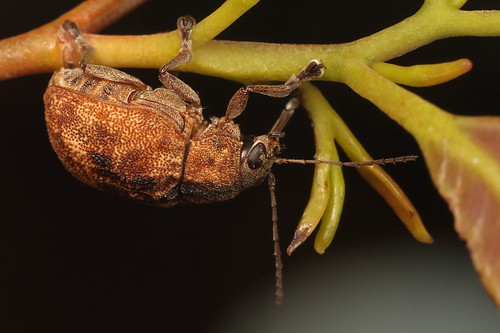 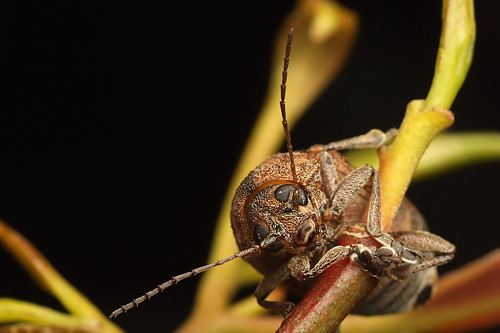 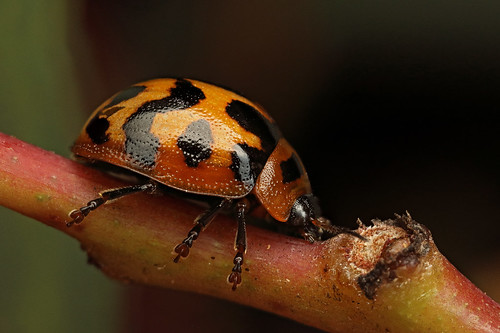 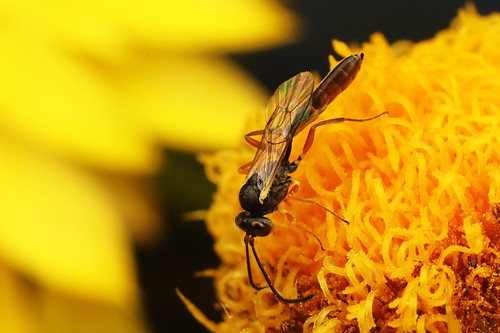 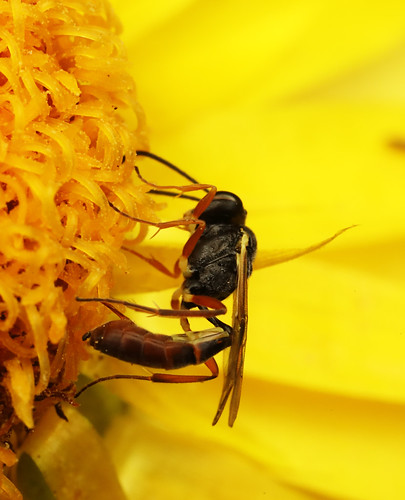