This terrific article reports on the recent local sighting of a Lace Monitor by Newstead local Darryl O’Bryan.

When I came along the road a 2m long Lace Monitor (Tree Goanna) Varanus varius darted across in front of my car and ran up a Grey Box where it is was well-camouflaged. In my 40+ years in Newstead it’s only the second sighting of this species. Good info on them is available in “Frogs and Reptiles of the Bendigo District” available from Newstead Natives Nursery.

According to Darryl … the previous time was possibly in the late seventies I think. This time I noticed quite a lot of bird disturbance and have since observed what may be a magpie nest destroyed in the vicinity.

Footnote from Geoff Park – This species has always eluded me in the Newstead district. I’ve had a few reports over the years of both this species and also the Sand Goanna Varanus gouldii but have never been fortunate enough to encounter one in the flesh.

Postscript: Many thanks to respondents for their comments on this post. As suspected both V.varius and V.gouldii are ‘about’ locally … you just have to be in the right place at the right time!

In the 26 years we’ve had our place at Strangways, we’ve seen numerous species of lizards, but never a Shingleback (Tiliqua rugosa). So it was a pleasant surprise to see a very pale specimen appearing from under a ground cover in our front yard to sun itself.

I’ve read that Shinglebacks may be the lizard with the most common names in English – Stumpy-tailed, Bob-tailed, Bogeye, Sleepy Lizard and Pinecone Lizard amongst them. I learned from a wonderful episode of Off Track on ABC Radio National that they are the only lizards known to be monogamous and live for up to 30 years in the wild. If you haven’t heard this delightful show, make sure you click on the link and enjoy a fascinating 1/2 hour. I really only have one shot of this little cutie as it was so soporific that it just stayed still for a very long time. 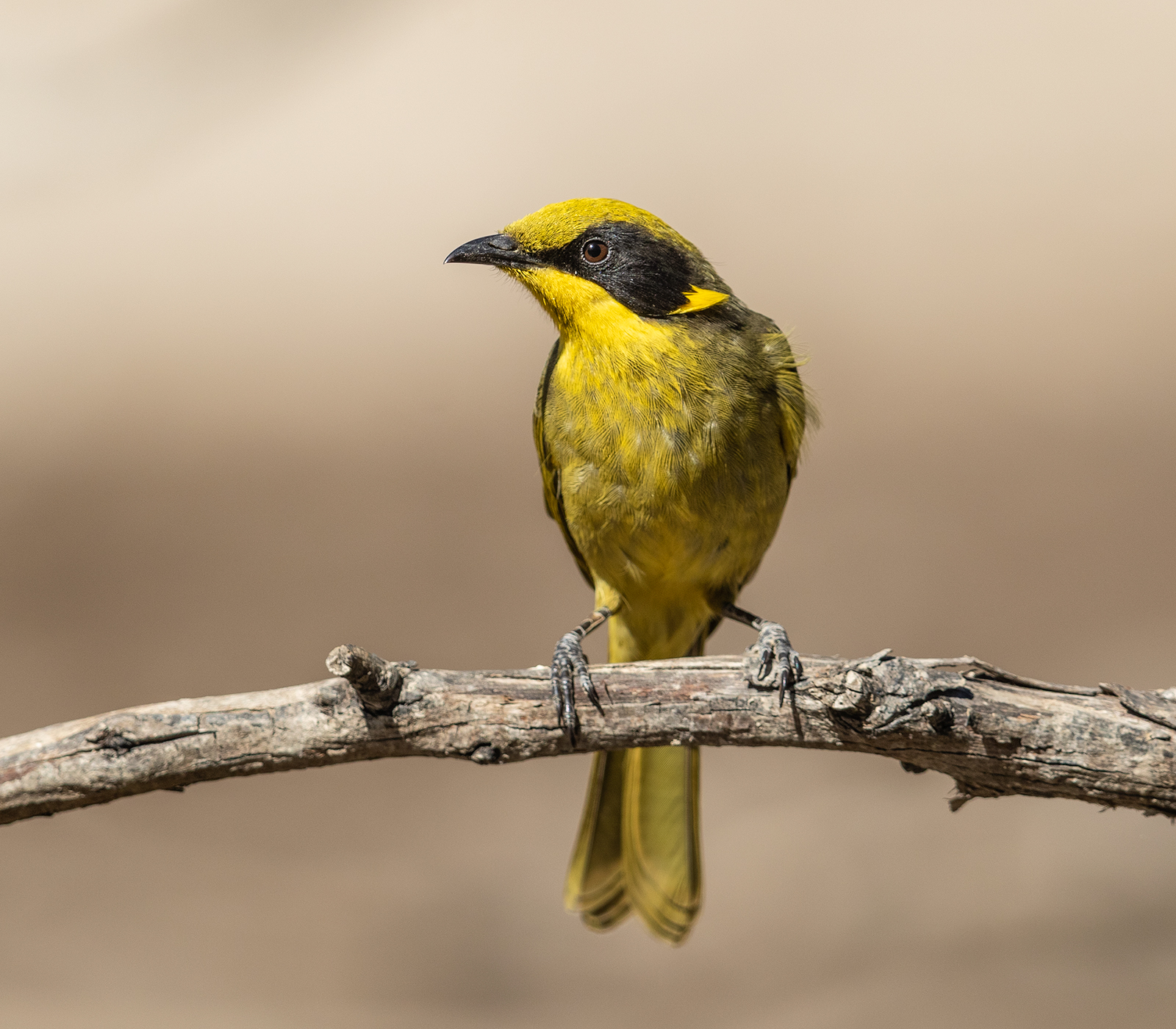 I like snakes, when they’re at a distance … not so when I step on one, as has happened only a couple of times, thankfully, over a career of wandering through the bush.

Earlier this week along the Loddon, while pursuing a graceful White-faced Heron I managed to step on an Eastern Brown Snake – fortunately the owner had recently moved on! 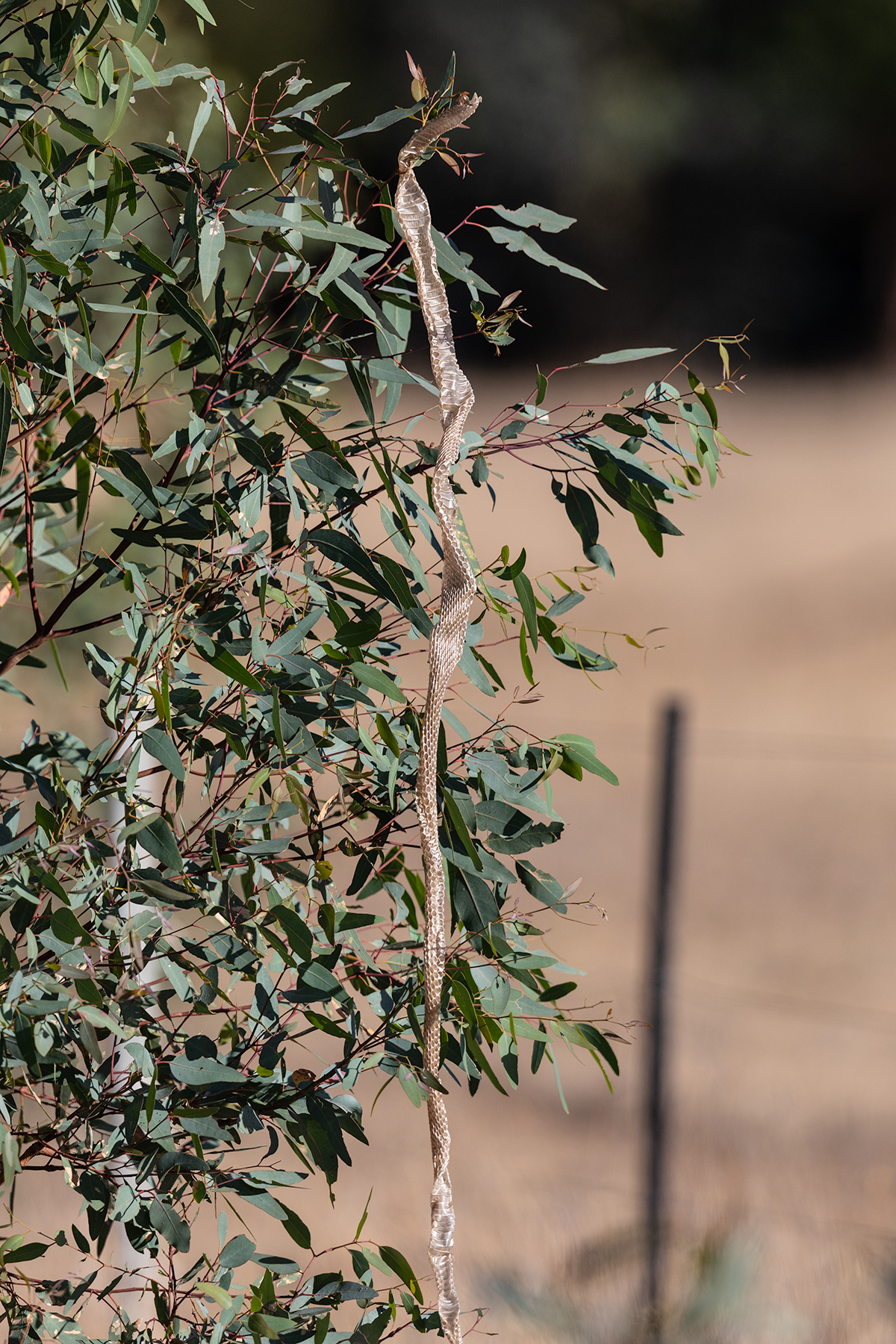 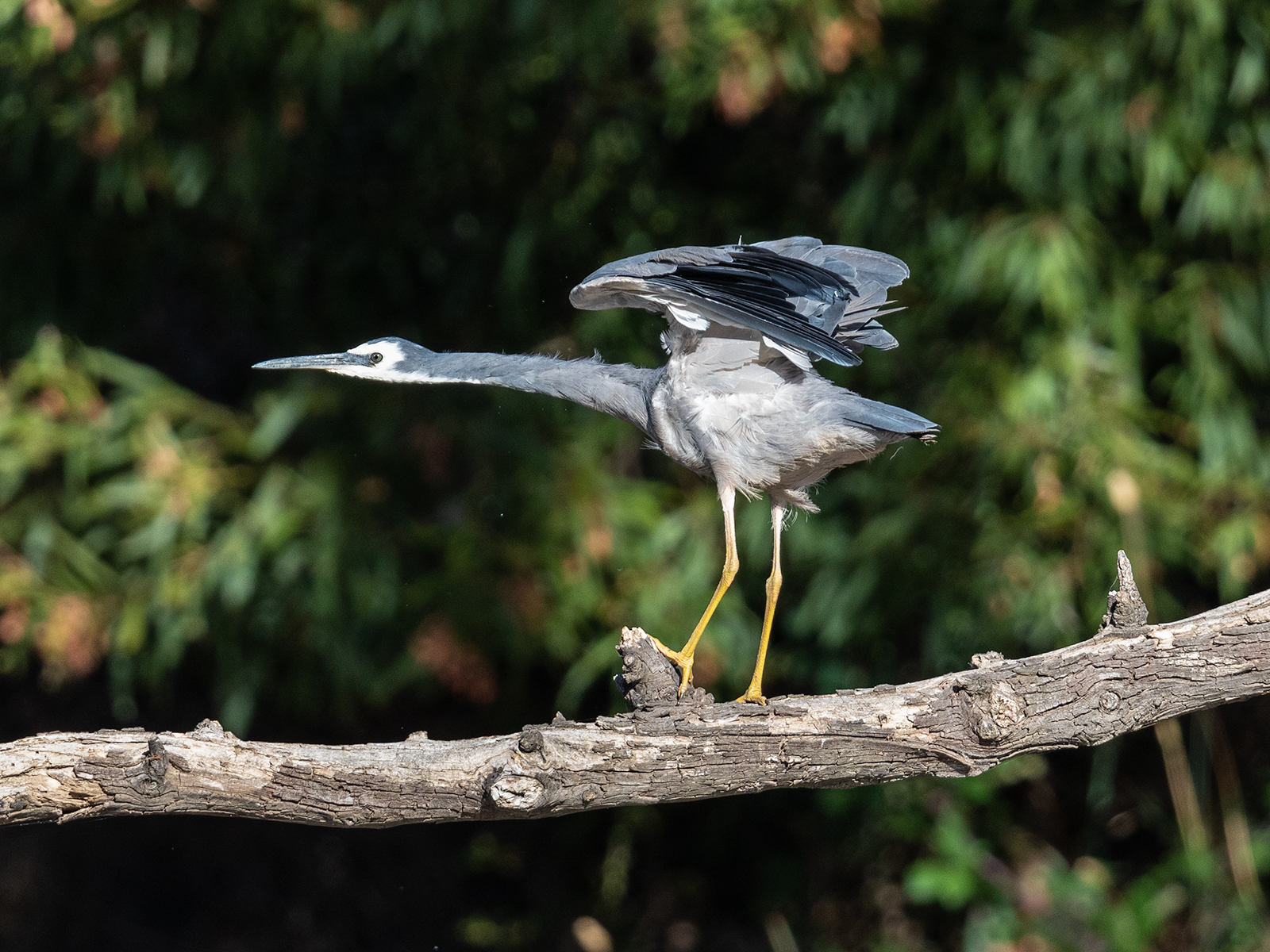 Posted on September 20, 2018 by francescincotta | 4 comments

I was planting a local native climber in my garden today, and my digging uncovered a pair of skinks with blood-red tails. They moved like a snake or a meandering river (rather than going in a straight line like Garden Skinks do), and with the dark stripe along the sides I think they must be Boungainville’s Skinks. The 25mm wide plant label was the only thing to hand to pop next to the little reptile for scale. I was lucky to get a photo at all as they were very keen to get back into the soil! 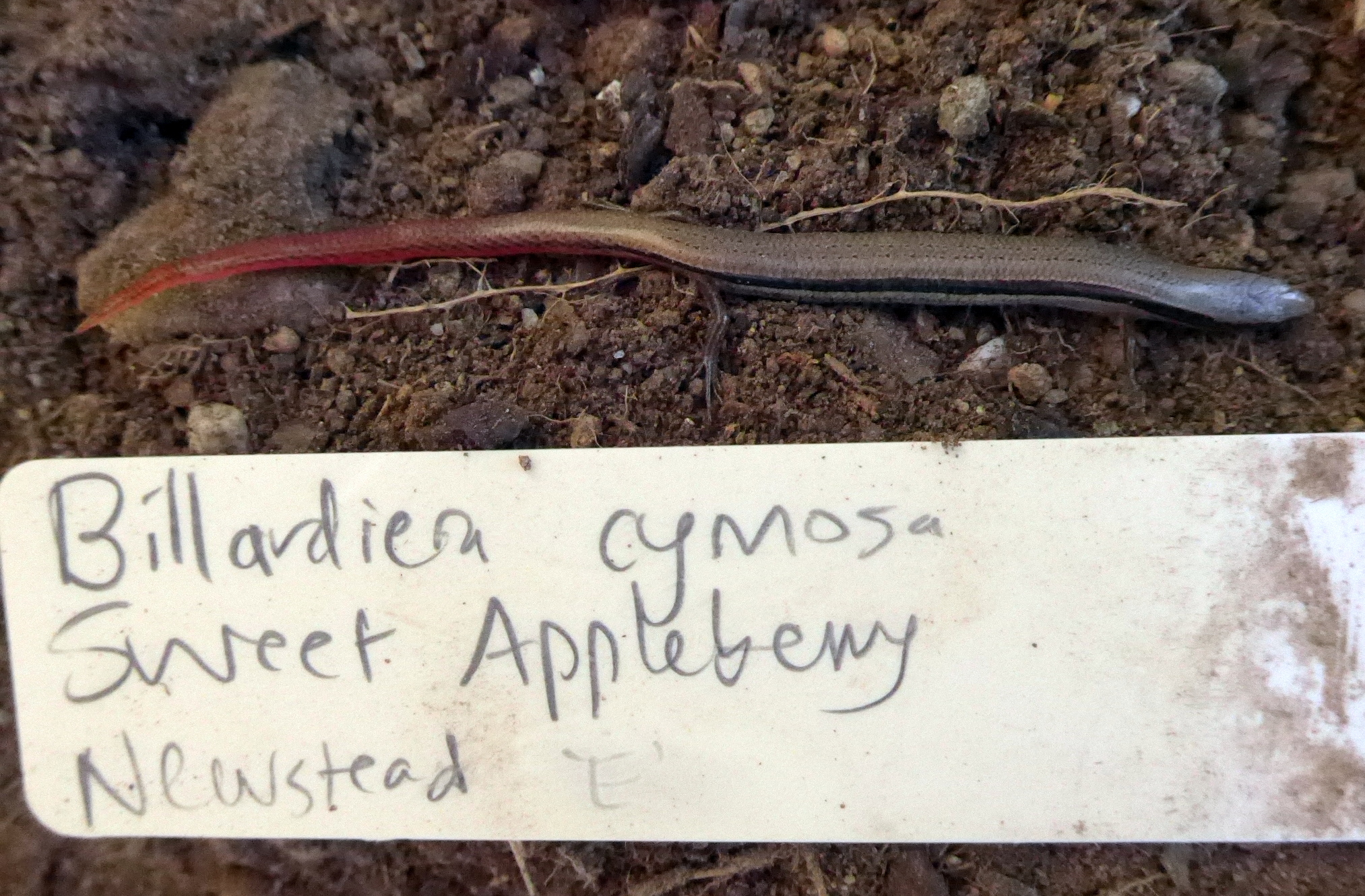 There is always something interesting to see …

The bush around the Mia Mia is very quiet at present with bird numbers lower than I can recall since the Millennium drought.

Nonetheless there is plenty to see if you take your time and stay alert. 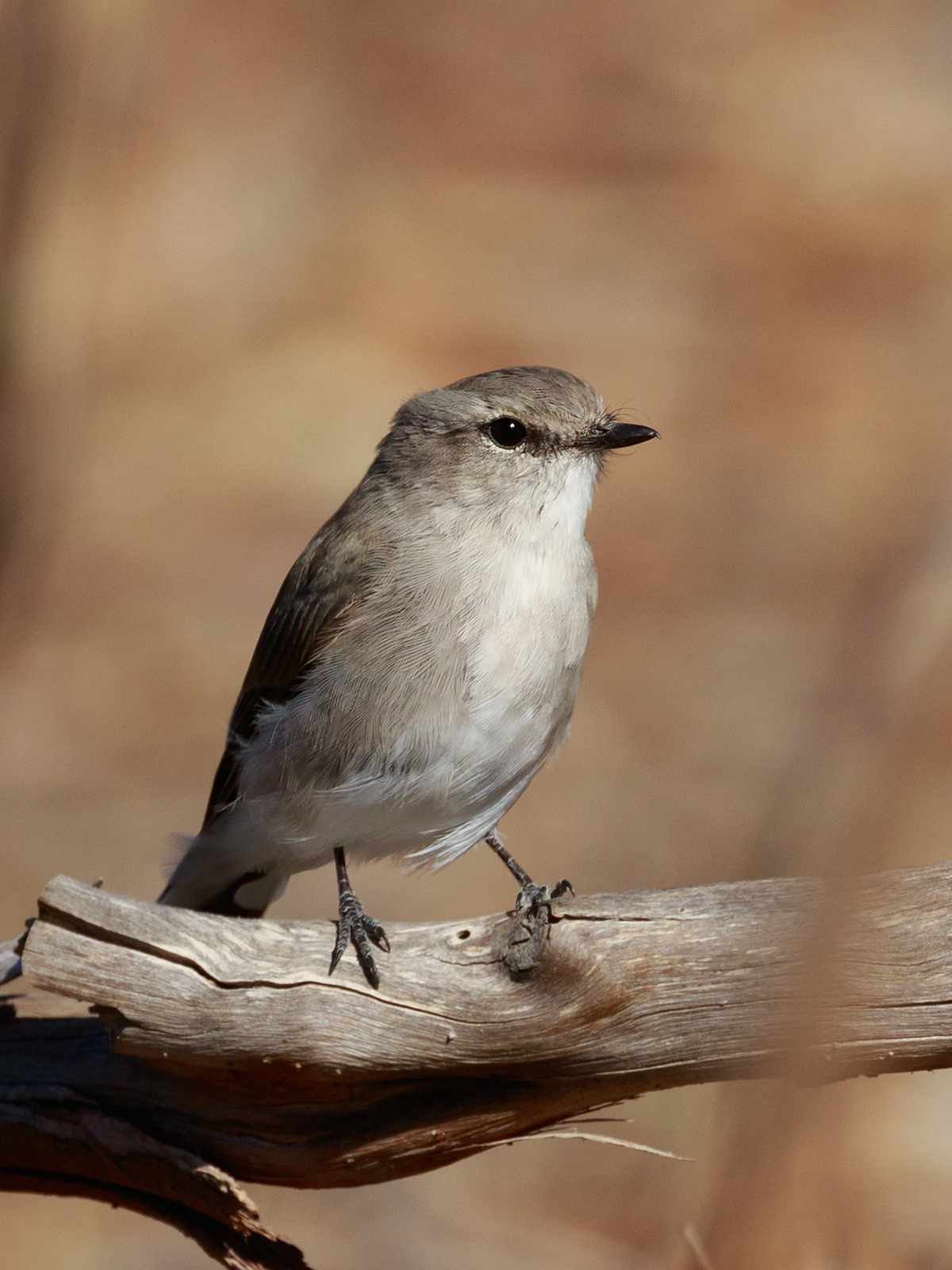 I was intrigued by this Golden Orb-Weaver, attended by two males … I hadn’t realised that this occurred until today!

The highlight was bumping into a couple of researchers from Monash University on my way home. They had just caught an already banded Eastern Yellow Robin as part of ongoing studies into the genetics and biology of this beautiful woodland bird.

Eastern Yellow Robin … a recapture about to be released

In my nearly 22 years living in Palmerston St Newstead this is only the second time I have seen an Eastern Bearded Dragon here. This specimen is about half the size of the one I saw here about 5 years ago. On both occasions the animal stood its ground, flattened its body, raised its frill, and opened its mouth hoping to scare me off. I retreated to the house to get my camera and was glad it had not moved from the Fan Flower so I could get a few shots.

Has anyone else seen this species in our district?

If you are anywhere near Newstead over the next few weeks then treat yourself to coffee and a bite at Dig Cafe.

While you are there you’ll be able to enjoy the most extraordinary exhibition by regular Natural Newstead blogger and macro-photographer extraordinaire, Patrick Kavanagh.

Patrick’s exhibition, “Small World – Visions from Another Dimension”, features subjects of amazing detail all taken at his home in nearby Strangways.

‘There is another world hidden from our unaided senses. A world of strange and wonderful animals – some could be from another planet, some are insects but look like sea shells. The damage inflicted by a caterpillar on a eucalypt leaf looks like a Renaissance window. A piece of abstract art turns out to be the wing of a moth. A tiny world, on a scale of millimetres, best seen through a macrophotographer’s lens.’

“Small World – Visions from Another Dimension” will be on at Dig Café, Newstead from Wednesday December 20th until late January. Here is a taster of some of Patrick’s images. 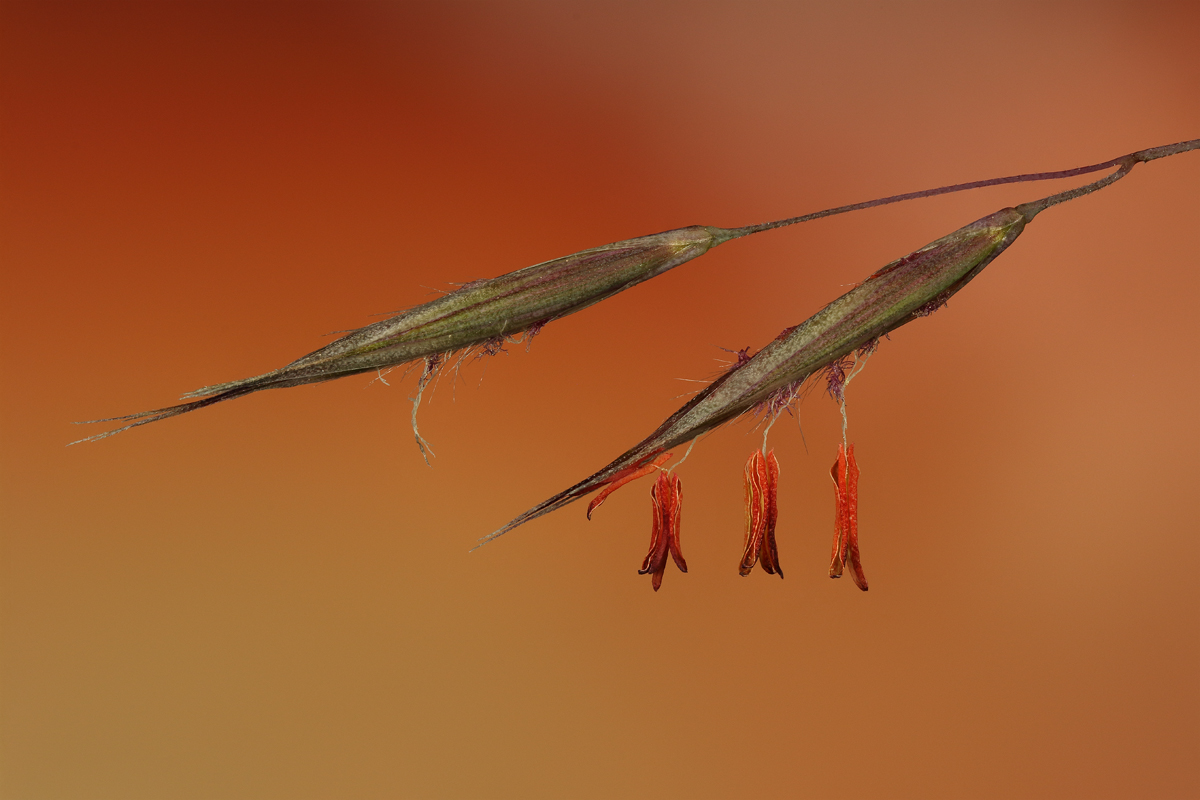 Winter deprives the macrophotographic addict of many subjects, although spiders are always easy to find. But lifting rocks is a pretty good way of finding some sedate sitters, even if it means rolling around on the damp ground trying to get a good angle. I found a few treats yesterday and one very special target that had evaded my lens thus far.

It all started close to our back door. The first rock that I lifted had numerous tiny (1-2mm), pale, slow-moving insects that looked disturbingly like termites (very close to the house). Even with reading glasses and  a good light I couldn’t pick it – only the wonderful Canon MP-E65 supermacro lens showed me the comforting view of these ants. They were scurrying as best as their cold bodies would to store their precious eggs.

Scouring Alex Wild’s great web site on ants, as well as google and Antwiki led me to believe they might be Doleromyrma. Any better identification would be much appreciated. I know from some ordinary tail-end shots that they don’t have an acidopore. 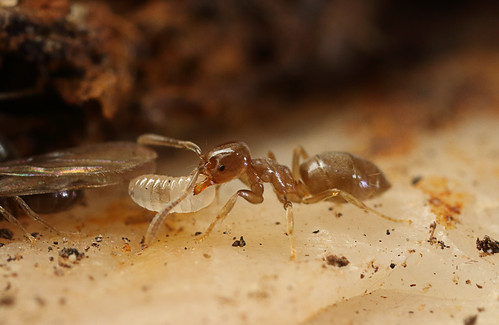 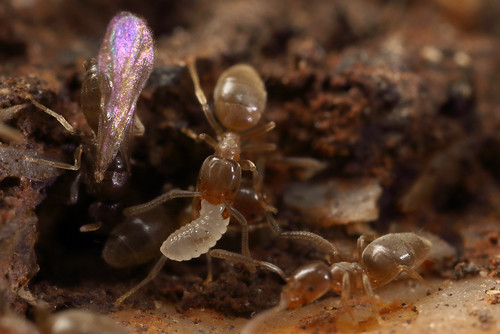 Another rock further in the bush at our place showed a busy nest of ants that look like ones previously identified as Rhytidoponera after a previous post on this blog. According to Antwiki, they will often nest under rocks and forage in trees, so this fits. They also mostly breed without queens, but workers will mate to produce a female brood. Happy to be corrected if I’ve got this wrong. 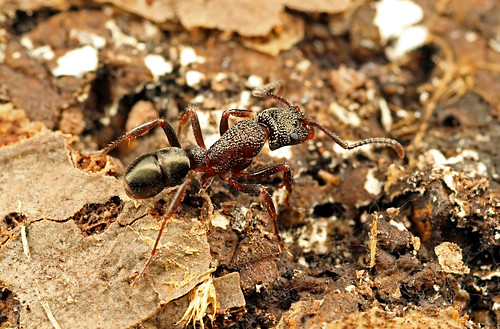 Under the same rock was this curious animal, about 15mm long and happily munching on the decaying material under the rock. 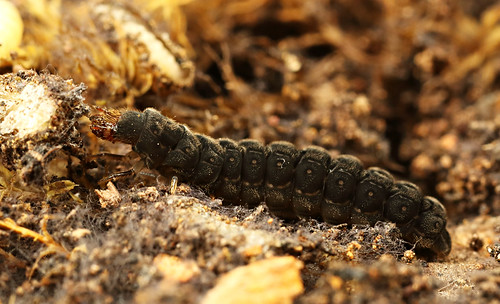 What do humans call me?

But above all, I was thrilled to find what I consider to be one of the most beautiful animals of our bush, a Thick-tailed (or Barking) Gecko, hiding under a large flat leftover paver in our backyard. Can’t wonder too much about the scientific name for this one – Underwoodisaurus milii. 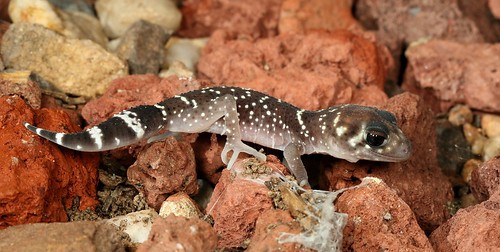 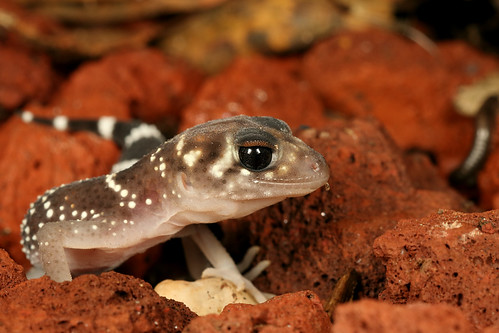 Is this my best angle? 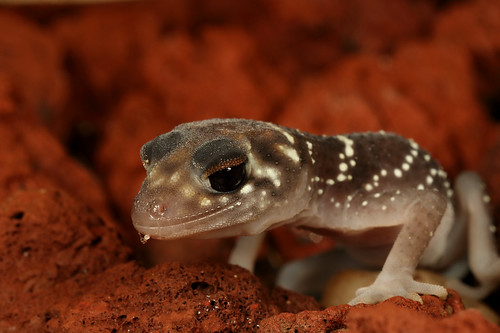 Discovered these egg shells out in the paddock this week. Small, thin and fragile, apparently dug out of a shallow hole, eaten and the shells left behind. Whose eggs and who is the culprit?

A cluster of eggshells

A shallow hole nearby 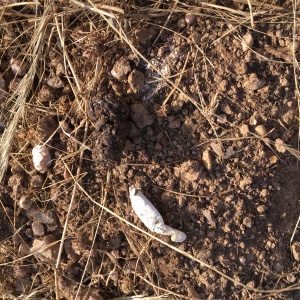 A dark scat and a white shell – related?

Posted in Fauna other than birds, Identify it, Reptiles