Almost a decade ago the local Connecting Country program identified a suite of woodland birds, known as the ‘feathered five’, as a focus for conservation actions across Mount Alexander Shire.

The five species selected were Jacky Winter, Hooded Robin, Brown Treecreeper, Diamond Firetail and Painted Button-quail. The ‘feathered five’ were chosen as they have all been declining in number and range in recent years, and are listed as threatened, along with a number of other bird species, in a group known as the Temperate Woodland Bird Community. Furthermore, each species is:

While four of the five species on this list can be readily found in various local spots, the Painted Button-quail has proven to be extremely elusive in recent years. In fact, I haven’t observed them around Newstead in the last four years – the period immediately following the breaking of the Millenium Drought in 2010-11 is the last time I can recall seeing them in reasonable numbers.

What a delight then to come across a single female in the Mia Mia earlier this week. After having almost stepped on the bird it scurried quickly away as I froze in surprise and then stood transfixed for ten minutes or so as it alternated between careful foraging and sitting to bathe in the late afternoon sunshine. The behaviour of this female suggests it may have a nest nearby, or at least be thinking about breeding. 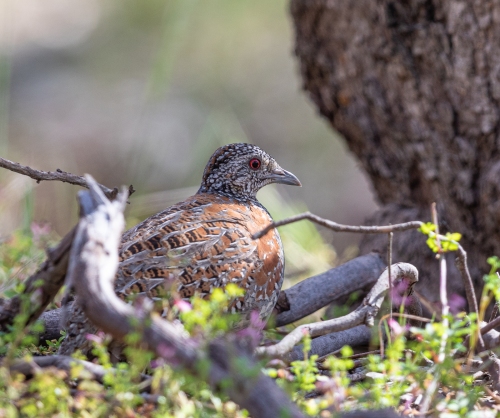 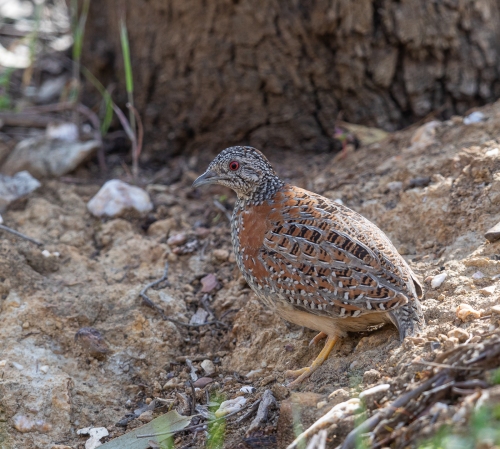 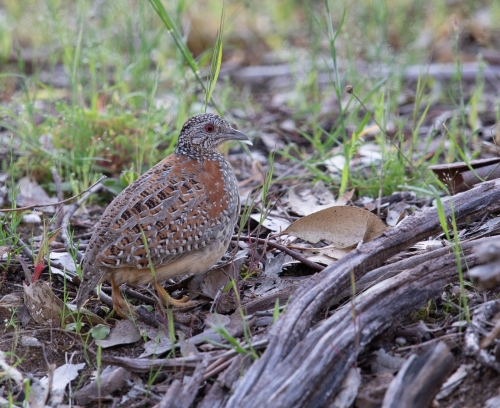 Painted Button-quail are often detected by the presence of platelets, saucer-shaped depressions created by the birds turning in a circle as they forage in leaf litter. There were a number of platelets to be found in the vicinity of where I spotted the female button-quail. 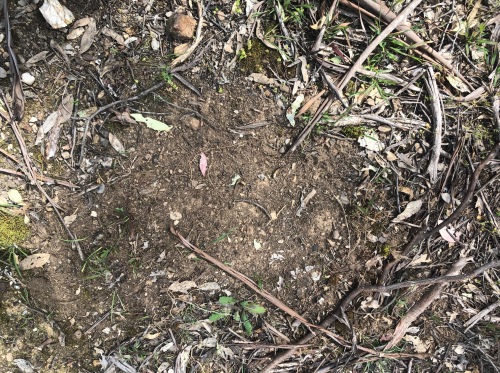 This entry was posted in Bird observations, Spring Hill and the Mia Mia. Bookmark the permalink.