The local bush is oblivious to the pandemic.

With abundant winter and early spring rain there is a riot of colour at present, dominated by flowering wattles – especially Rough Wattle Acacia aspera.

The highlight of this walk was a flock of Black-faced Cuckoo-shrikes, perhaps a dozen or so, moving in a loose party through the canopy and feasting on caterpillars. A number were observed with large, green larvae that they had captured. They would bash the larvae on branch before consuming them in a series of gulps. I’m not able to positively identify the larvae but they most likely belong to the family Saturniidae, of which the Emperor Gum Moth is a well known member. Moths in this family often pupate for more than a year, emerging when conditions are suitable. 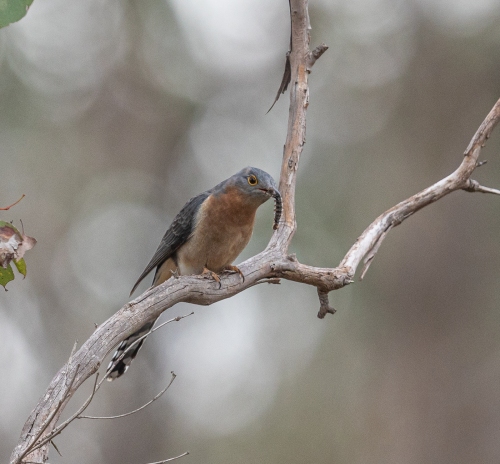 This entry was posted in Bird observations, Migrants, Moths, Spring Hill and the Mia Mia. Bookmark the permalink.