Of bees, blue flowers and blues

Lots on native bees around at the moment. And amongst the things native bees like, blue is right up there. A lot of our insect pollinators have a particular penchant for blue flowers.

Black-anther Flax-lilies (Dianella admixta) are in full flower at present, their drooping blooms visited by various bees including Lipotriches, a bee of the Halictid family. 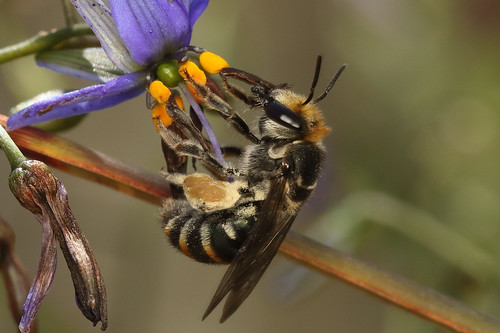 Another species of Halictid bee in good numbers at present is the Parasphecodes sub-genus of Lassioglossum. These are much smaller bees, about 3mm long compared to the 5-6 mm of Lipotriches. They were very quick in visiting the Flax-lily plants, but were much more inclined to stay put on Digger’s Speedwell Veronica perfoliata flowers and hence easier to photograph. On the Speedwell flowers, they bury themselves entirely in the cup formed but the flowers and rummage around vigorously. 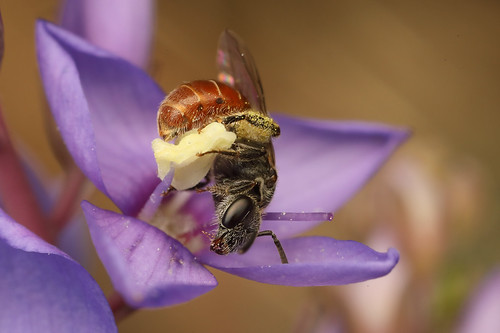 Although there were many of these tiny bees on the Speedwell flowers, this one particular bee was very set on this one flower. As was another even smaller bee (I couldn’t get a clear enough shot to guess at the type) which kept trying to muscle in on the action before being forcefully ejected by the Parasphecodes bee. 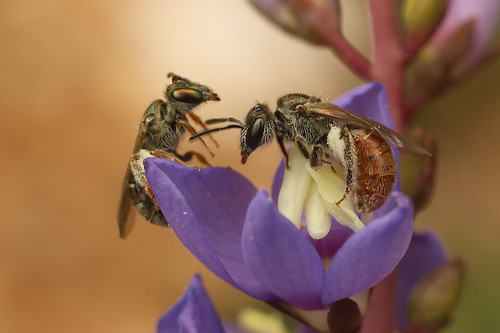 The battle of the bees.

Halictid bees are also called sweat bees as they delight in drinking the sweat of humans. This one was very happy to sit on my warm hand for a taste. 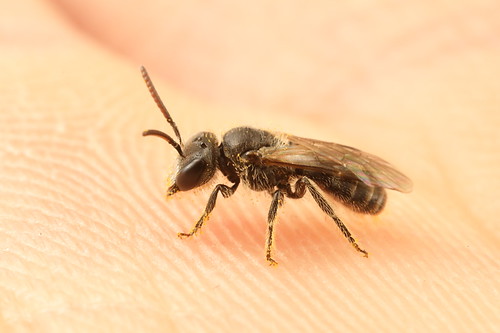 Sweat bee getting some salt.

Of course, whilst they like blue, our local bees are pretty keen on yellow flowers too. A different Lasioglossum species shows what good pollinators they are, delving into a Shiny Everlasting Xerochrysum viscosum. 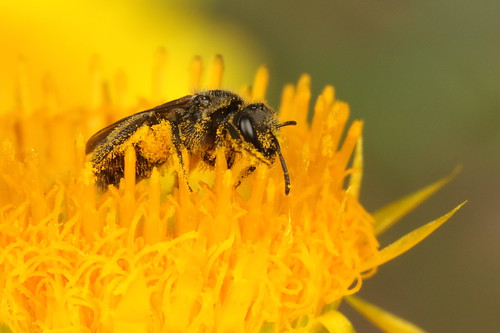 Often mistaken for native bees, but no less beautiful or important are hoverflies. Being flies – the order nameof flies, Diptera, means two wings – their second pair of wings has morphed into tiny club-like appendages that give the insect important information for exquisite flight control. This modified wing can be seen below the wing just a little way along from the wing root in these photos. 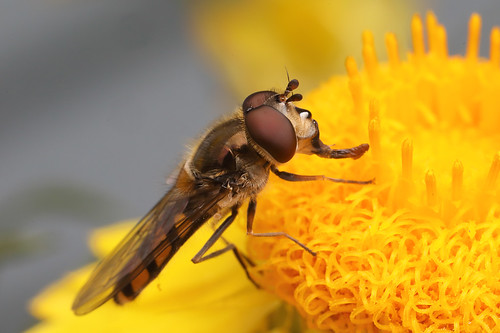 I often find hoverflies with dented compound eyes, presumably from some collision. It never seems to impair their skills at navigating. 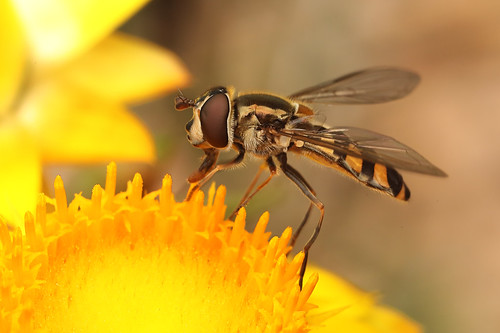 Not daunted by dented optics

Longicorn Beetles are also around. The name relates to their distinctive long antennae. 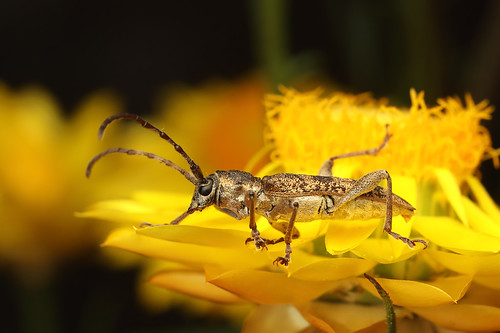 Close-up, they would seem to be ideal for a role in science fiction. 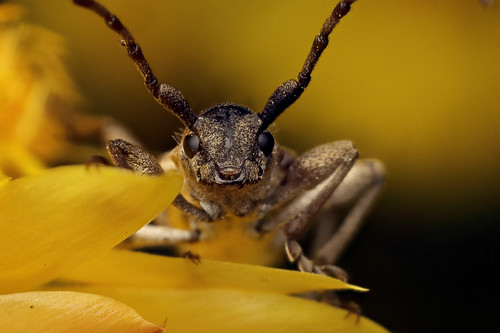 This entry was posted in Bees and wasps, Flora, Invertebrates. Bookmark the permalink.

3 responses to “Of bees, blue flowers and blues”