We have a number of Melaleuca decussata shrubs prospering in our front yard, of hardy stock acquired from Newstead Natives. They are all at present heavy with flowers. 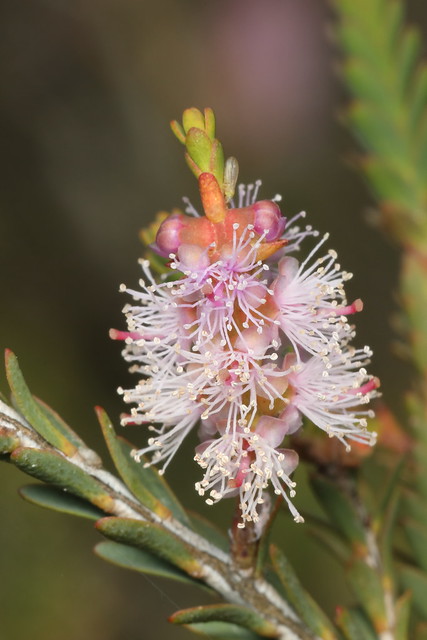 The profusion of flowers has attracted an abundance of insect life. Large numbers of Ladybird larvae are on both branches and flowers and look vastly different to their adult forms. 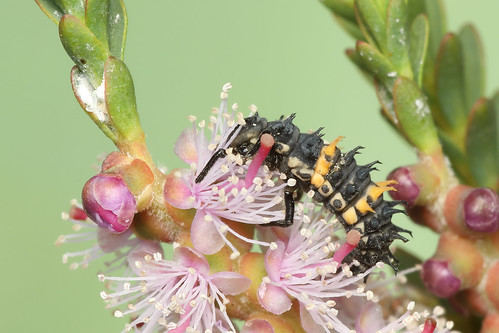 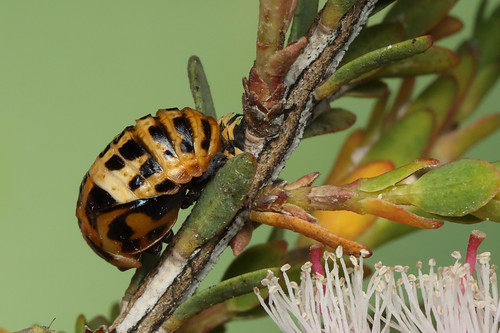 Ladybird finalising a pupa, the larva just visible at the point of attachment. 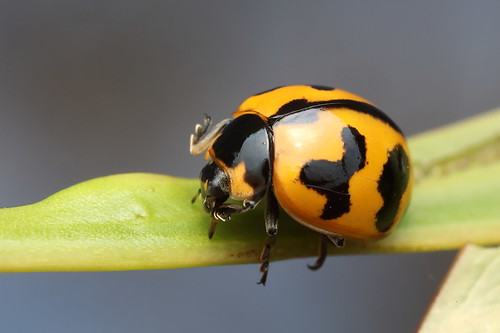 Ladybird adult on a nearby Golden Wattle

The flowers have also attracted numerous bees and other pollinators. Myriad tiny sweat bees were too fast for me to photograph, but some slightly large sweat bees tarried long enough for a picture. 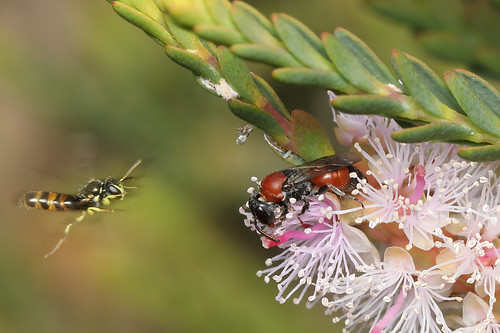 Other, larger bees were also visiting. I think these ones are a species of Short-tongued Bees, possibly of genus Hylaeus. Short-tongued bees are solitary and live in burrows or plant stems. 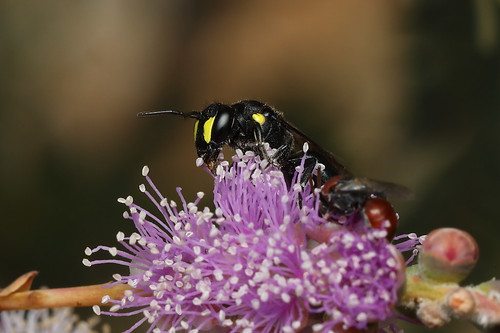 Along with the abundance of bees is the hidden danger of Crab Spiders (aka Flower Spiders). I think this one is of genus Lehtinelagia. They seem quite capable of landing some large prey by pouncing on visitors to their flowers. 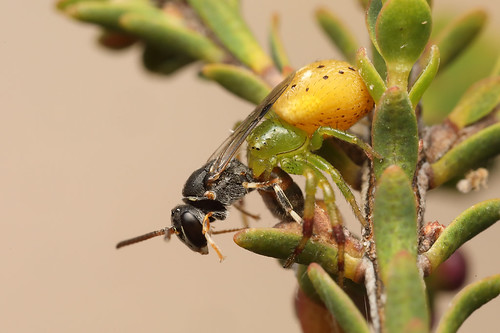 Many beetles are also feasting on the plentiful flowers. 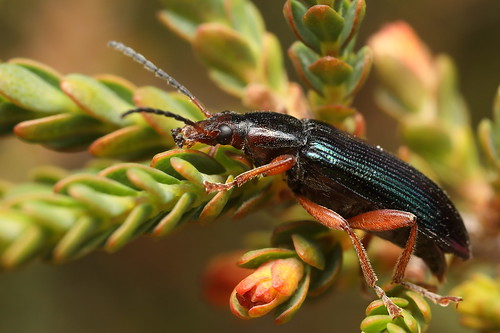 This entry was posted in Beetles, Flora, Invertebrates, Spiders. Bookmark the permalink.