It’s actually a smaller relative – the Little (or White-bellied) Cuckoo-shrike Coracina papuensis. This species comes in a couple of colour variations (morphs), both of which can be found around Newstead. The typical form lacks the black face and upper breast, instead having a narrow black band around the eye and largely grey underparts. Click here for some images. 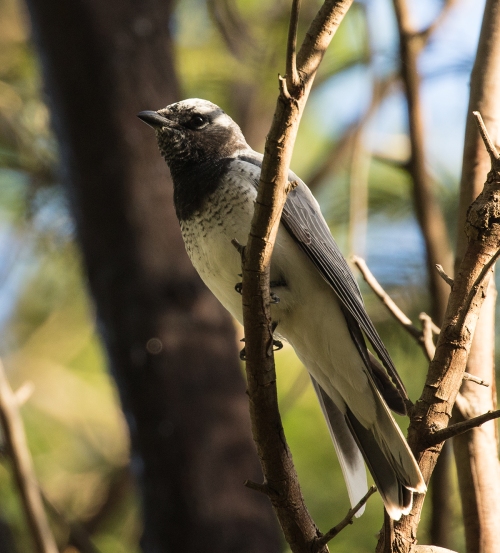 There are a couple of distinctive identifying features – firstly the bill is much smaller in this species when compared with its larger relative, also the delicate barred patterning on the breast. Little Cuckoo-shrikes are supposedly migratory, but can be seen locally throughout the year – it’s possible that they are not the same individuals.

This entry was posted in Bird observations, Loddon River. Bookmark the permalink.

One response to “Confusing Coracinas”